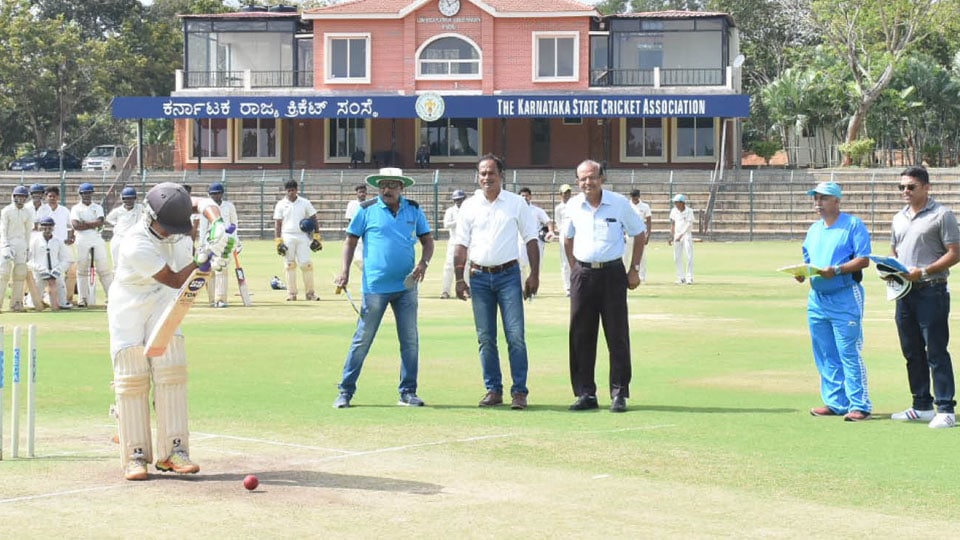 Speaking to Star of Mysore, KSCA Mysuru Zone Convenor Sudhakar Rai said that Mysuru Zonal trials for selection to the State Under-19 is being conducted today. A total of 185 budding cricketers from three districts — Mysuru, Mandya and Chamarajanagar — are taking part in this trial, he said.

Noting that 5 teams of 13 cricketers each will be formed after the selection trials, he said that Mysuru will have three teams and Mandya and Chamarajanagar, one each.

Stating that matches will be played between these teams starting from Feb.1, Rai said that those who perform well in these matches and as well as their record in Club matches will be taken into consideration for recommending them to State-level selection trials to take place in Bengaluru.

Rai further said that COVID-19 protocol issued by the Government has been strictly followed in the selection trials and added that the trials went on smoothly.