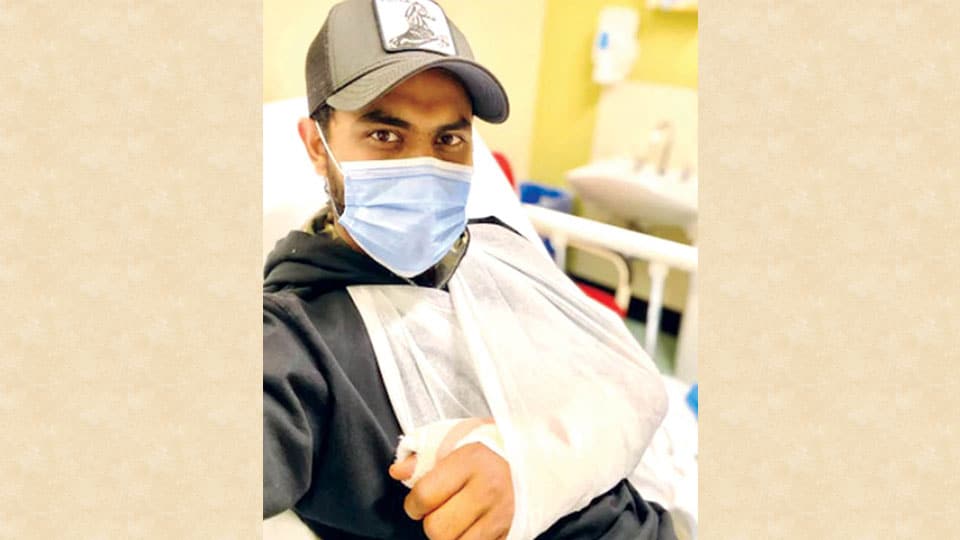 Ravindra Jadeja vows to ‘Return with a bang’ after successful surgery

Indian all rounder Ravindra Jadeja, who was ruled out of the ongoing Test series against Australia for a dislocated thumb, went through a successful surgery on Tuesday. The left-arm bowler shared an image of himself after the procedure in which he was seen wearing an arm support.

The all-rounder took to Twitter to promise his fans that he will be back soon “with a bang.” “Out of action for a while. Surgery completed. But will soon return with a bang,” the 32-year-old wrote. The BCCI retweeted Jadeja and wrote: “Wishing you a speedy recovery.”

Jadeja took a blow to his left thumb while batting during India’s first innings in the drawn Sydney Test and didn’t took the field when Australia came out to bat in their second innings.

Despite dislocating his left thumb, Jadeja made crucial runs (28 not out) towards the end as India finished with 244 all out, reducing Australia first innings lead to less than 100 runs.