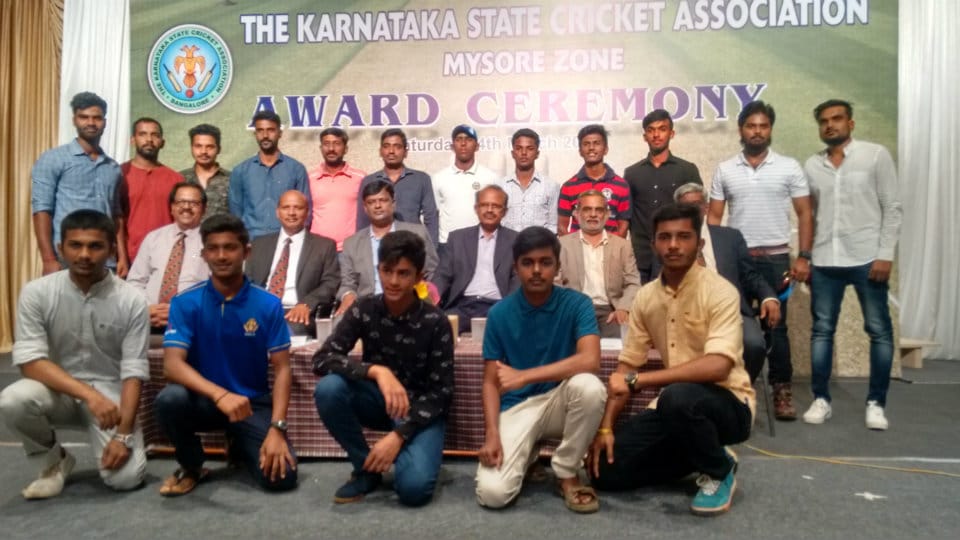 Dodda Ganesh, former India cricketer and Managing Committee Member of KSCA – Bengaluru, gave away prizes to the Mysuru Zone players who have won different tournaments and league matches and also for those who have performed well and have represented the State.

Speaking on the occasion, Dodda Ganesh lauded the efforts of the Mysuru Zone in conducting the zonal cricketing activities in a good manner. He also wished the Mysuru Zone cricketers who have performed well and identified cricketers like Nikin Jose, Shashank and Kruthik Krishna, who have the potential to make in big and asked them to work hard and aim to represent the State and country in the days to come.

Santhosh Menon, Asst. Secretary (Cricket), KSCA, Bengaluru, who was the guest of honour, congratulated the Mysuru Zone for conducting the Annual Awards function immediately after the Tournaments are over.

He also emphasised KSCA’s objectives of promoting the game in districts and mofussil centres by providing infrastructure, coaching and practice facilities, Academy and Tournament exposure.