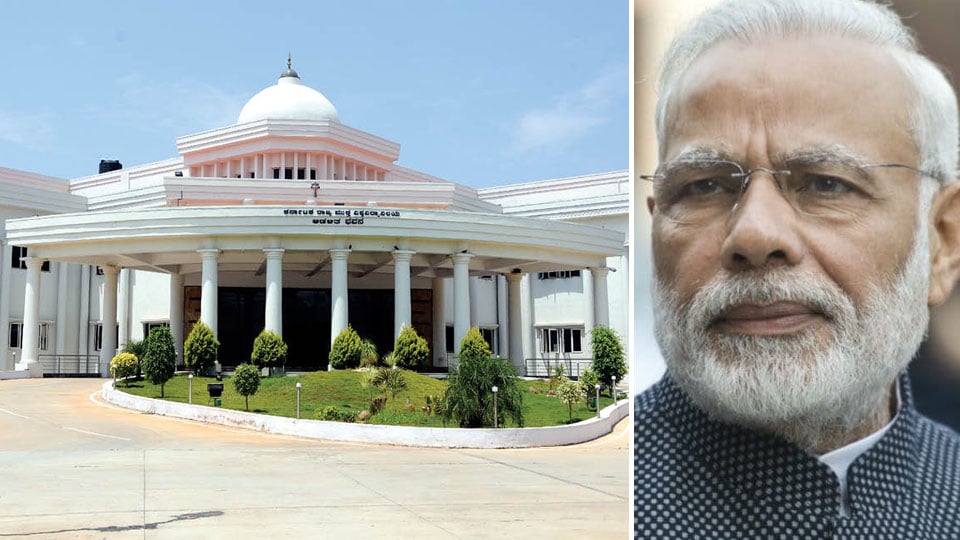 Mysuru: The teaching and non-teaching staff of Karnataka State Open University (KSOU) — which has been awaiting recognition for over two years — have now decided to seek Prime Minister Narendra Modi’s intervention to end the imbroglio.

In a petition to the Prime Minister’s Office, 11 teaching and 35 non-teaching faculty members of KSOU have urged the PM for immediate and direct intervention to resolve the crisis. They said, the poor, rural candidates, working women and housewives have been hit hard by the University Grants Commission’s (UGC) decision to terminate recognition for the Varsity from the 2013-14 academic year.

They said KSOU, set up in 1996, had been serving the poor, oppressed, backward, and rural women and other such disadvantaged sections of society to obtain higher education and build their careers.

“All the terms and conditions laid down by the UGC for recognition have been strictly complied with by the University. Yet, the UGC is delaying granting of recognition. Despite several appeals, demonstrations, protests for resolving the issue, the UGC, State Government and Union Government have not acted positively and have been neglecting the issue,” the petitioners said.

KSOU had approached the High Court of Karnataka seeking relief. The High Court, in its order dated December 12, 2017, directed the UGC to restore recognition within two weeks.

Scores of students are waiting for their marks cards and degree certificates to pursue higher education. Any further delay will cast serious doubt over the intentions of the authorities at the helm of affairs in resolving the crisis, said the staff.

“All these years, we were at the receiving end of the step-motherly treatment meted out to us from the Centre in many ways. Kannadigas are eagerly waiting, pinning their hopes on our dynamic Prime Minister for his interventions to resolve some of the long-standing issues that are plaguing our State. In the way how water is a pre-requisite for survival, education is also equally important for one’s development,”  the petitioners said.

KSOU Recognition Row Narendra Modi
Elephant resists shifting to Chhattisgarh: Breaks chains, jumps off truck at Dubare
I am the reason for her transfer: B. Shivaram