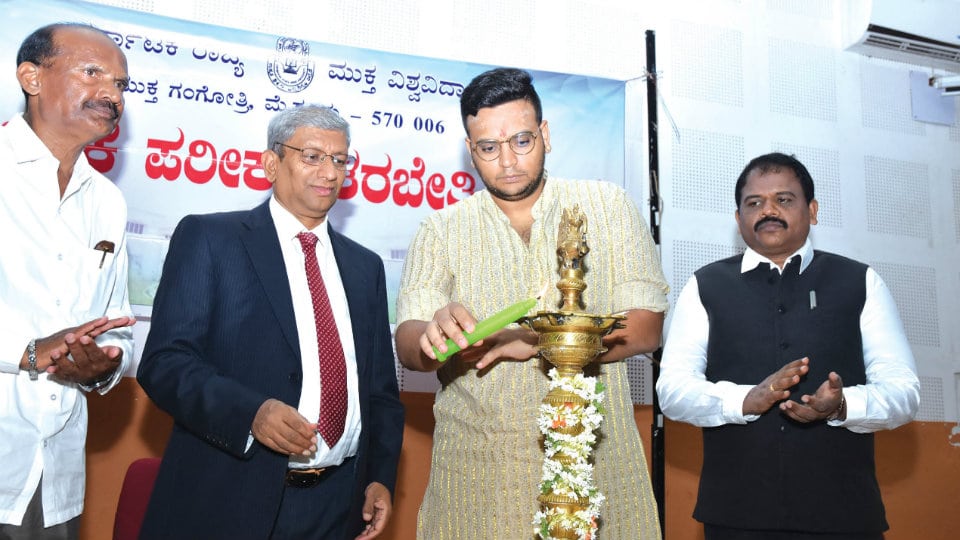 Presiding over the inaugural programme of the launch of the coaching camp for entrance test for recruitment to various posts in Banks, the VC said that KSOU, after passing through a stage of upheavals, is stable now. The slump in admission to KSOU with ample infrastructure was an issue and concern but things have changed now.

The CECC was opened at KSOU to facilitate candidates taking up competitive examinations which has acquired great importance of late. CECC was my dream project soon after I took charge as Vice-Chancellor. The centre had only 15 admissions in the beginning which was commenced in association with Jnanabuthi organisation and Jainahalli Satyanarayana Gowda. Now the centre’s strength stands at 300, he explained.

It was decided to charge a fee of Rs. 1,000 in the beginning at the centre but now reduced to Rs. 300 which is very affordable. In the coming days the coaching would be provided free which has been approved by the Board of Management. The coaching camp for bank examination would provide an opportunity for more Kannadigas to join Banks, opined the VC advising students that hard work only would bring good result and never a shortcut.

READ ALSO  KSOU will not be shut: Siddharamaiah