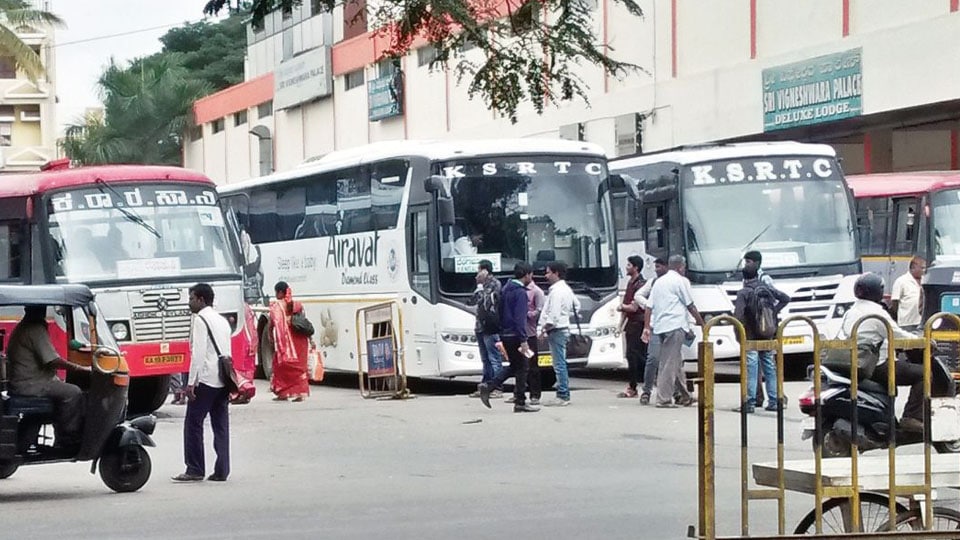 Mysuru: KSRTC has come forward to operate 175 extra buses from its city and rural divisions to facilitate tourists during Dasara.

Speaking to Star of Mysore, KSRTC Divisional Controller (Rural Division) M. Vasu said that 125 extra buses would operate during Dasara from Sept.21 to 30 which would be extended till Oct.5 in view of other holidays. The buses would ply from city to Bengaluru, Hassan, Mangaluru, Dharmasthala, Tumakuru, Chitradurga, Chamarajanagar and other places. During Dasara, Devadarshini, Giridarshini and Jaladarshini buses too would be operated, he explained.

KSRTC Divisional Controller (City Division) K.H. Srinivas added that 50 extra buses would be added to the existing fleet of 428 city buses during Dasara.