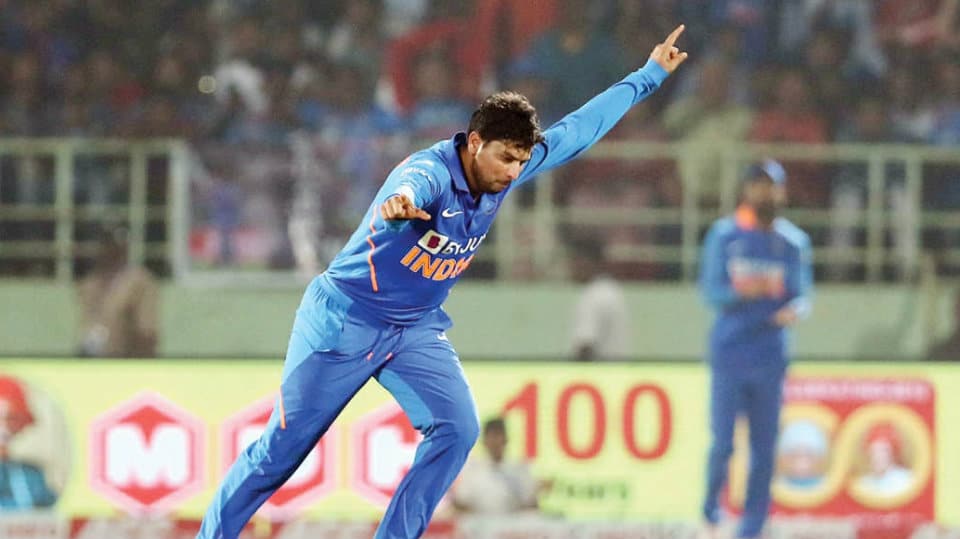 Kuldeep Yadav became the first Indian bowler to claim two ODI hat-tricks during the second match between India and the West Indies in Vizag yesterday.

In the 33rd over of the West Indies’ chase, Kuldeep Yadav removed Shai Hope, Jason Holder and Alzarri Joseph on consecutive deliveries to become the sixth bowler in the world to claim multiple ODI hat-tricks.

Lasith Malinga has three, while Wasim Akram, Saqlain Mushtaq, Chaminda Vaas and Trent Boult have two hat-tricks each in ODIs.

As far as the Indian bowlers are concerned, Chetan Sharma claimed a hat-trick against New Zealand in Nagpur in 1987, Kapil Dev did it against Sri Lanka in Kolkata in 1991.

Kuldeep Yadav was the third Indian bowler to claim a hat-trick in ODIs when he dismissed Australia’s Matthew Wade, Ashton Agar and Pat Cummins on back-to-back deliveries in Kolkata in 2017.

Earlier, India, who were trailing 0-1 in the ongoing three-match series, came out all guns blazing after being put in to bat by the West Indies skipper Kieron Pollard.

Rohit Sharma, who brought up his 28th ODI century, and K.L. Rahul, who scored his 3rd ODI century, stitched together a 227-run opening partnership to take the hosts to a mammoth total of 387/5.

Rohit Sharma, who was finally dismissed by Sheldon Cottrell for 159, now has eight 150-plus scores in ODIs.

Australia opener David Warner has six, while Sachin Tendulkar and Chris Gayle have five each.

The third and final ODI will be played in Cuttack on Sunday.