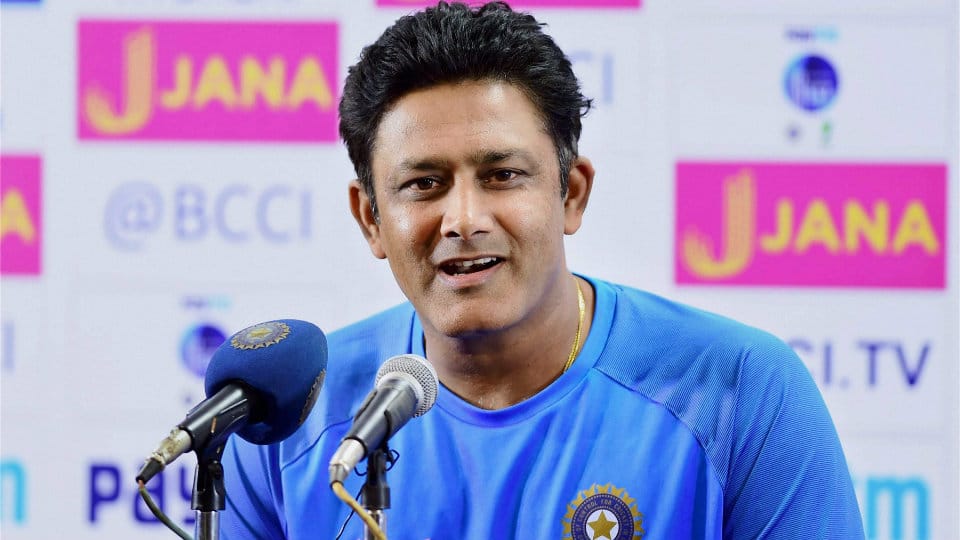 The Cricket Advisory Committee (CAC) of the Board of Control for Cricket in India (BCCI), comprising Sachin Tendulkar, Sourav Ganguly and VVS Laxman, has decided to retain Anil Kumble (in pic.) as Team India’s head coach.

According to sources, the committee, which met on Thursday, was not keen to replace Anil Kumble. As for the Board of Control for Cricket in India (BCCI) officials, they too largely are against setting a precedent where the Indian captain virtually decides on who will be the coach of the side. It is understood that only one BCCI official, who is believed to be close to former president N. Srinivasan and is a staunch Kumble critic, is against him continuing.

But most other senior BCCI members, including acting BCCI President C.K. Khanna and IPL chairman Rajeev Shukla, against the hasty removal of Kumble, the chances of the spin legend getting an extension has increased manifold.

The press release by acting BCCI Secretary Amitabh Chaudhary said that the Cricket Advisory Committee (CAC) of the BCCI met today and discussed the process with regard to the selection of the Head coach of the Senior India Men team and it was decided by the CAC to revert to the BCCI, at an appropriate time.

The news of skipper Virat Kohli’s alleged difference with Kumble has been making rounds for some time now. The BCCI invited applications for coach’s post and even a section of officials, who are anti-Kumble convinced Virender Sehwag to apply for the post.