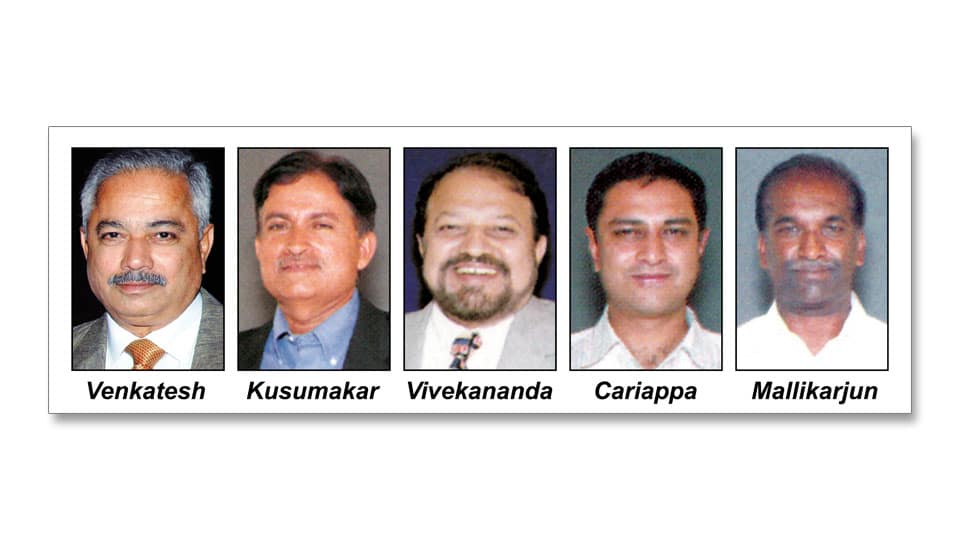 The following persons have been elected as the Stewards and Management Committee Members of Mysore Race Club (MRC) Limited at the elections held during the 50th Annual General Meeting yesterday:

While H. Kusumakar Shetty (139 votes) and L. Vivekananda (116 votes) were elected to the two vacant posts of Stewards, B.N. Cariappa (147 votes) and M.C. Mallikarjun (102) were elected as the Management Committee Members. G. Venkatesh will continue as the Chairman of MRC for another term.

The annual general body meeting was held at 11 in the morning and the process of electing two Stewards and two Management Committee Members was held in the afternoon and the results were announced after the counting of votes.