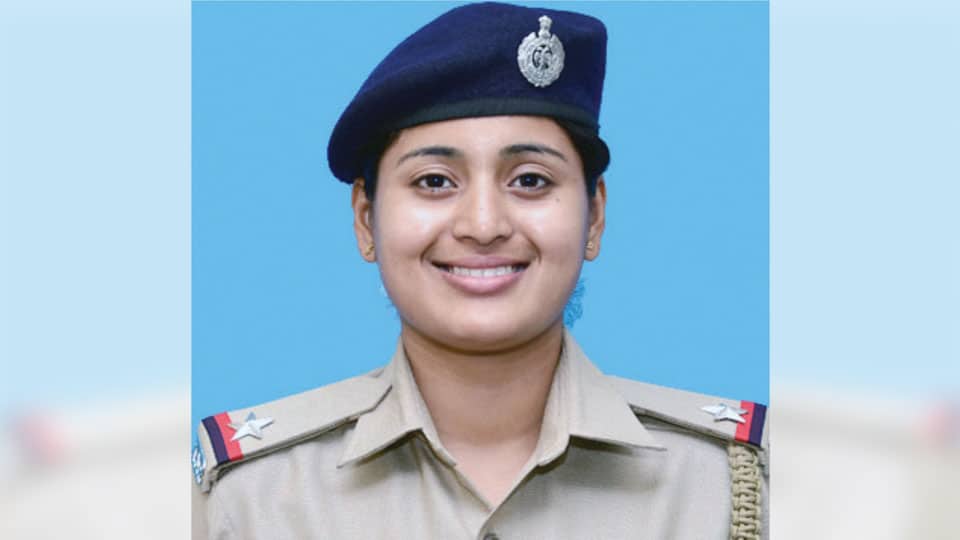 Mysuru: G. Anusha, a probationary Police Sub-Inspector (PSI) serving at Kuvempunagar Police Station in city, has bagged 12th rank in the Gazetted Probationers Exam (2014) conducted by Karnataka Public Service Commission (KPSC), the results of which were announced recently. Anusha is also the topper in the list of candidates selected for Dy.SP post.

Anusha, who joined the Police Department in 2015, has been serving as probationary PSI at Kuvempunagar Police Station since last year.

A native of Bengaluru, Anusha is the daughter of K.S. Ganesh, a Central Government employee and Kusuma Ganesh.

A student of Bishop Cotton Women’s College in Bengaluru, she passed her BA securing first rank with 8 gold medals and later did her MA in Public Administration from Christ University, Bengaluru. A black belt in Karate, she won a silver medal in 2007 Guwahati National Games.

City Police Commissioner  Dr. A. Subramanyeshwara Rao has congratulated Anusha for her achievement.

On coming to know of the results from her brother Ajai, the 24-year-old Bengaluru girl who cleared KPSC in her first attempt, rushed to ‘Amma’, the Ashram in the Police Station limits and distributed chocolates to inmates. The Ashram has over two dozen children living with HIV.

Speaking to SOM, Anusha said she was inspired by lady Police Officers like Kiran Bedi and Sonia Narang ever since her Class X days.