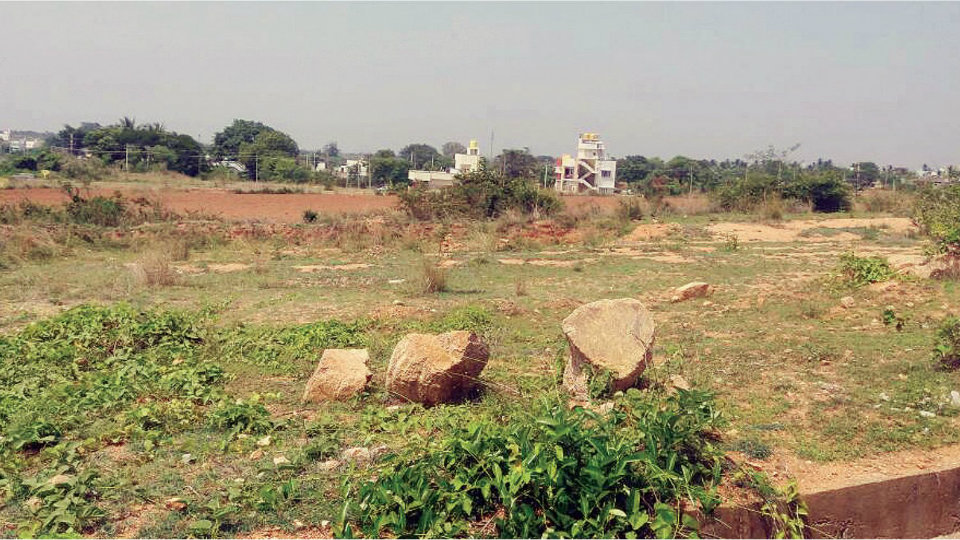 It may be recalled here that on May 17, Mysuru Deputy Commissioner D. Randeep had stated in his order that the two-acre land in the said survey numbers has been granted back to the government. The land was purchased by Nanjundegowda and R. Sridhar.

The DC’s move came after it was found that the land purchase violated the provisions of PTCL Act (Karnataka Scheduled Castes and Scheduled Tribes Prohibition of Transfer Certain Lands Act, 1978). The DC had asked the Mysuru Tahsildar to initiate the process of taking back the land.

In a press release yesterday, Nanjundegowda said that they had appealed before the Karnataka High Court questioning the DC’s order (petition Number 24720/2017) and the court had granted a stay to the DC order on June 16, 2017.

Clarifying that the land does not come under Karnataka Scheduled Castes and Scheduled Tribes Prohibition of Transfer Certain Lands Act, 1978, Nanjundegowda said that the land was granted to one Kalaningaiah of Lalithadripura by the government on 3.10.1959 under Grow More Food Scheme with permanent tilling and cultivation rights. Kalaningaiah then sold the land to one Javanaiah on 28.05.1973.

After 30 years, the land was purchased by Karnataka Police Gruha Nirmana Sahakara Sangha from Javanaiah. “As the land came under Green Belt, it was not directly registered to the Sangha, the land was given under ‘joint Khata’ to me and contractor R. Sridhar. The rest of the land required for the Sangha was purchased in a similar manner,” Nanjundegowda said.

He stated that several people were granted land under Grow More Food Scheme and most of them have been sold. No action has been taken against such people by the district administration,” he said.

The DC’s order said, as per the conditions laid when the land was granted to Kalaningaiah in 1959 along with permanent tilling and cultivation rights, the land cannot be sold until 15 years. But in this case, the land was sold after 14 years (in 1973) in violation of conditions and hence violated the PTCL Act.