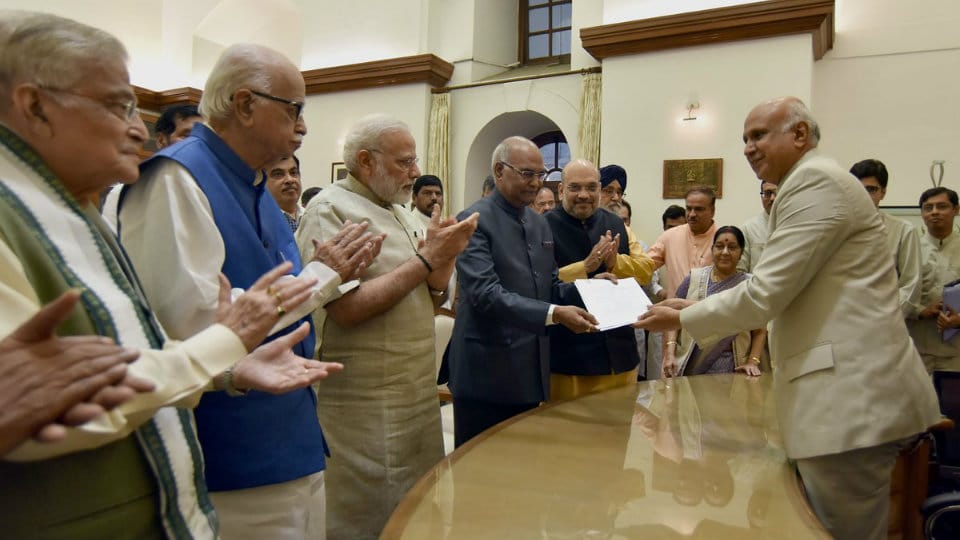 New Delhi: NDA Presidential nominee Ram Nath Kovind filed his nomination papers this morning for the upcoming election, a day after the former Bihar Governor was given ‘Z+’ and NSG security cover by the Centre.

A squad of 10-12 armed NSG commandos will be with Kovind, along with escort and pilot vehicles. The elite force will guard him till he takes over the Office of the First Citizen of India, who is also the supreme commander of the Armed Forces.