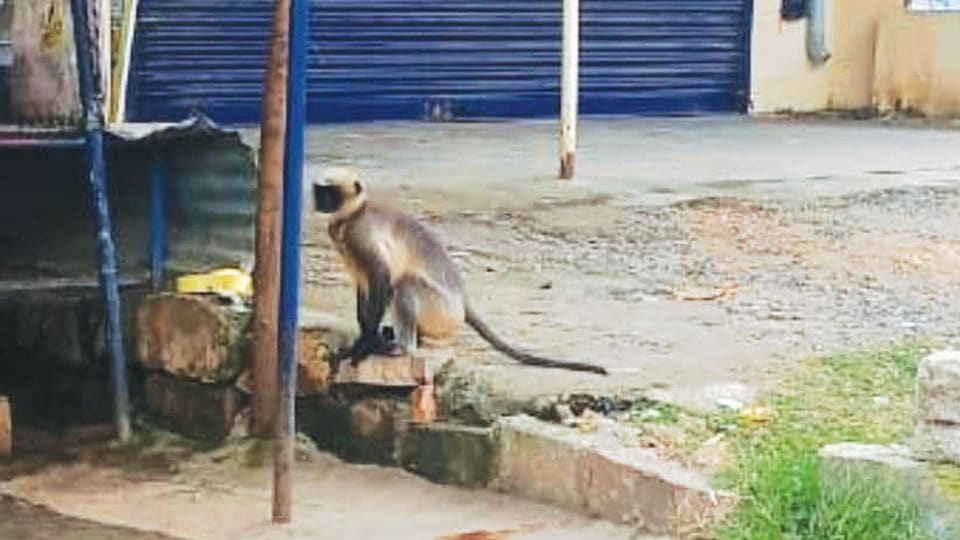 Mysore/Mysuru: Langur, a monkey specie, which is generally spotted in Bandipur, Nagarahole and BRT Forests, was spotted at Siddarthanagar and surrounding areas yesterday much to the surprise of Mysureans.

The citizens were surprised to see a lone langur jumping from one shop to another at Yaraganahalli near Teresian College Circle and surrounding areas. It jumped on a building when stray dogs chased it.

How it came to city?

According to animal experts, the langur might have come to city by getting on vegetable carrying trucks passing through the forest areas.

Upon enquiry, DCF Dr. K.C. Prashanth Kumar said, “langurs are spotted frequently in city. Usually, they stay in places where they feel safe and secure. So, the question of rescuing the langur which was spotted in city does not arise. People need not worry as they don’t harm people unnecessarily. But at the same time, the people must not provoke and harm it by throwing stones at them. They will return to forest on their own.”