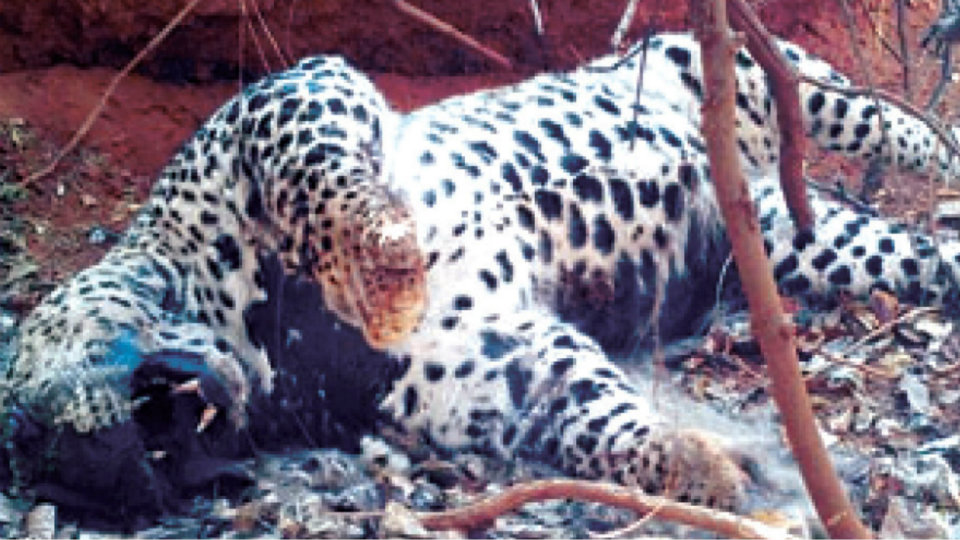 A four to five year-old male leopard was found dead at Chunchanahalli village located on the fringes of forest in Nanjangud taluk yesterday.

Forest Department personnel led by Sub Divisional Forest Officer Shashikumar who visited the spot on being informed from cowherds who had found the dead leopard amidst bushes, said that the leopard may have died due to starvation and added that the exact cause of its death would be known after post-mortem.

Meanwhile, the residents Chunchanahalli, Konanuru and surrounding places  have expressed concerns over the deaths of leopards in the region.