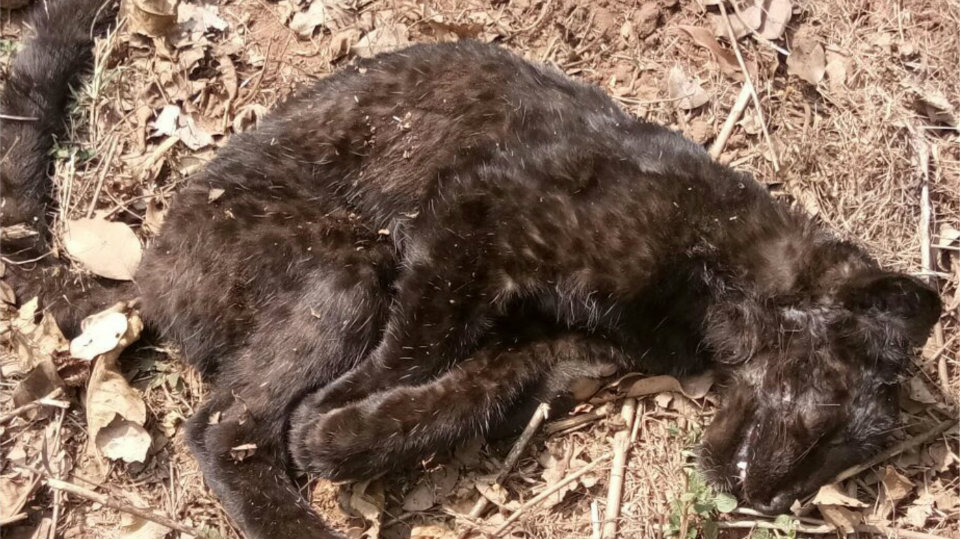 It is suspected that the female black leopard cub which is six months old might have died after being attacked by a tiger as pug marks were found around the carcass and a deep hole was found in the leopard’s head.

The post-mortem conducted by Veterinarian Dr, Umashankar, revealed that the rare leopard cub’s skull was broken.

ACF Prasanna Kumar said that the leopard may have died due to injuries.

It may be recalled that MLC Sandesh Nagaraj had urged for a thorough probe into the deaths of wild animals in Nagarahole by forming a High Level Committee.