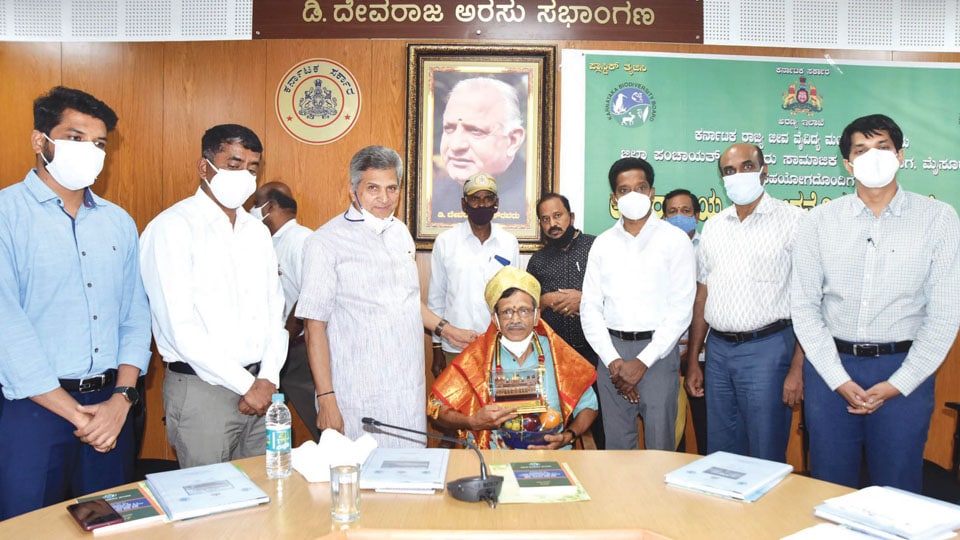 He was speaking at a programme organised as part of Bio-diversity Day at the Zilla Panchayat (ZP) Hall here on Thursday. Stressing on the need for coming up with a sustained greenery project for Chamundi Hill, Ananth Hegde said that the ZP must take measures for identifying Bio-diversity Zones in other parts of the district and save them from destruction.

Pointing out that it is important to ensure that lakes are secured forever with plant saplings and other greenery after the lakes are cleared of encroachment and waste dumping, he said that the ZP authorities must come up with a plan on reviving lakes and conservation of their bio-diversity.

Maintaining that Bio-diversity Day celebration must not be limited to mere celebration, he said that every Gram Panchayat should evolve an activity on saving our rich bio-diversity.

The Board Chairman directed the authorities to discuss the issue of pollution of Cauvery, Kapila and Lakshmana Teertha river water, which is considered unfit for drinking, with the Deputy Commissioner and come up with a plan on preventing pollution.

READ ALSO  Development of Chamundi Hill: More land to be purchased at Rs. 87.50 lakh per acre

Ananth Hegde directed the ZP CEO to keep alive Bio-diversity Committees at the Gram Panchayat-level  and involve them in making bio-diversity campaigns more purposeful this year.

On the occasion, he released a booklet containing bio-diversity features and other related contents. Pointing out that there are rare Bio-diversity Zones in Mysuru district such as Seetha Betta in Hunsur taluk, he directed the ZP CEO to engage MNREGA workers for the development of Bio-diversity Zones.

Chief Conservator of Forests (CCF) T. Heeralal said that a mass scale seed-ball sowing  and tree-planting programme  was organised at Chamundi Hill recently and added that 22,000 saplings out of the target 1 lakh have already been planted. Most of these plants are medicinal herbs and other useful plants.

Wildlife photographers Krupakar and Senani said that it is important to have at least one lake in all districts exclusively  for the sake of birds. Expressing concern over rampant felling of trees for road construction and other infrastructure activities, they stressed on the need for relocation of fully grown trees to deemed forests instead  of cutting them.