Home » News » Libraries in all 65 Wards of the city soon: Mayor 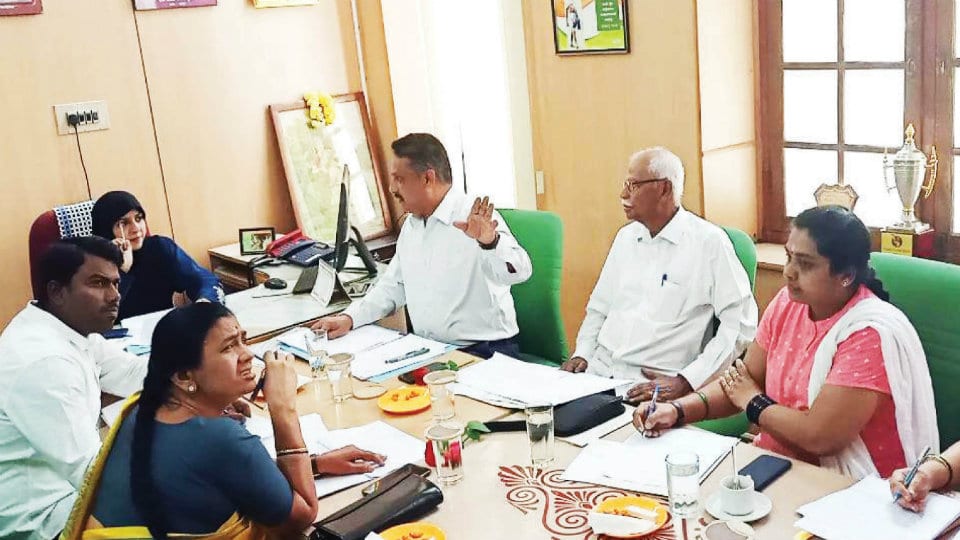 Libraries in all 65 Wards of the city soon: Mayor

Mysore/Mysuru: Mysuru Mayor Tasneem has assured that libraries will be set up in all the 65 Wards of the city soon with the provision of basic facilities including toilets and electricity.

She was speaking at a meeting convened with the District Library Committee members at City Central Library, Government Ayurveda College Circle, recently.

“Out of 65 Wards, only 28 Wards have libraries. We have instructed officials to set up libraries in the remaining Wards. Concerned officials have also been instructed to visit the existing libraries and make arrangements to provide basic infrastructure including toilets, newspapers and electricity.” I will be visiting these libraries myself in the first week of March,” the Mayor added.

The respective area Corporators have been advised to inspect their respective libraries at regular intervals. The Mayor also instructed to relieve those Committee members who have been absent for library meetings.

“Out of the Library Cess collected from the public, Rs. 22 crore should be given the City Central Library,” the Mayor said and added that for now, the Government has agreed to release Rs. 3 crore.

Central Library Deputy Director B. Manjunath, Committee members Shantakumari  and Ramesh were present at the meeting.