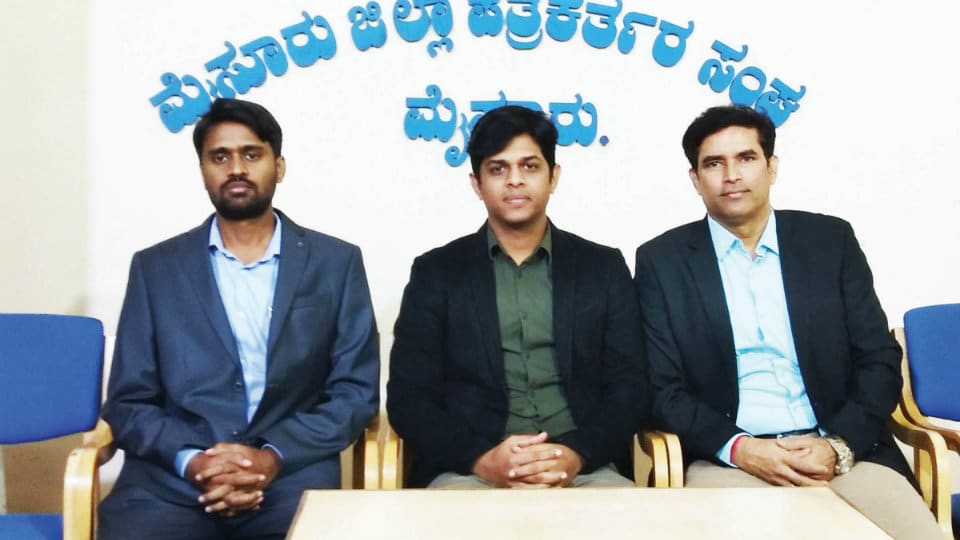 Mysore/Mysuru: Doctors at Narayana Multispeciality Hospital, Mysuru, Dr. K.R. Suhas, Dr. M.B. Suman and their team, have performed Extra-Corporeal Radiotherapy on a nine-year-old girl to save her from bone cancer. The successful completion of the treatment has made Narayana Multispeciality Hospital, the first hospital in the city to have performed this therapy.

The girl came to the Hospital with complaints of pain and swelling in the right leg for more than a month. On detailed examination through x-ray and needle biopsy, it was identified that the girl was suffering from Ewing’s sarcoma of the right tibia, which is a very rare type of cancer that affects the bone. Initially, the patient was put on neoadjuvant chemotherapy. As chemotherapy was not a permanent solution, the doctors suggested removal of the cancerous tumor through Extra-Corporeal Radiotherapy. In this procedure, the affected bone is removed, subjected to radiation in a sterile manner and once the cancerous cells are destroyed, the same bone is placed back in its position.

The surgery was successfully performed on the girl and as part of the treatment protocol, the child is undergoing further chemotherapy sessions.

Dr. M.B. Suman said, “In traditional surgery, an artificial metal bone is inserted, but in Extra-Corporeal radiotherapy, the natural bones are retained making it more of a biological procedure. Further, as natural bones are implanted back it eliminates the need to match the length of allografts and does not require revision surgeries that are generally associated with traditional surgeries. In extra-corporeal radiotherapy, the chances of rejection is minimal as it is the patient’s own tissue that is implanted.”

Bone cancers are rare tumors accounting to only about 1-3 percent of all types of cancers. Few years back, bone cancer was considered to be as a dreaded disease. Today with the advent of modern surgical techniques, chemotherapy and radiotherapy it is possible to save the limb in more than 90 percent of patients and cure cancer completely in about 60-80 percent.