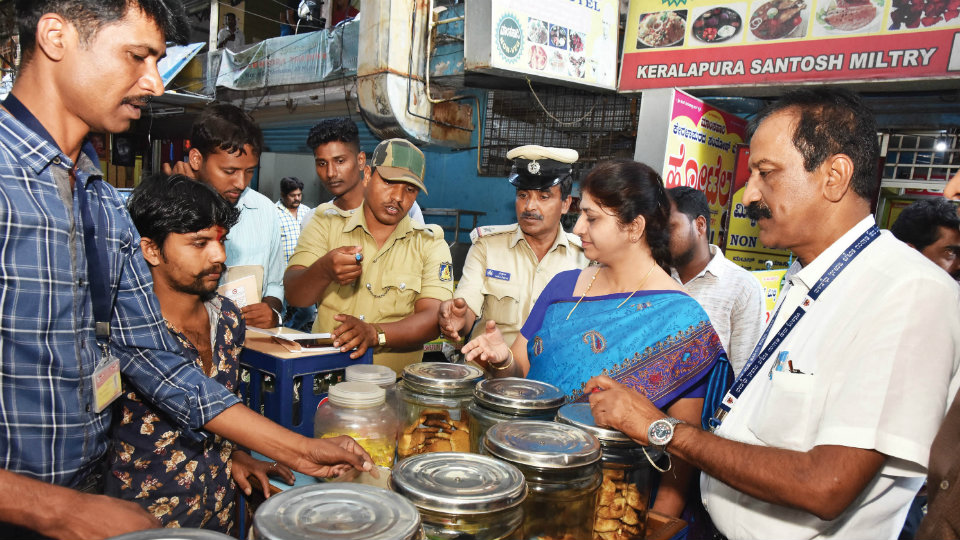 Mysore/Mysuru:  In an effort to implement the COTPA ACT in city effectively, Additional Deputy Commissioner (ADC) B.R. Poornima, along with the officials of the District Health and Family Welfare Department and the District Administration, conducted raids on various shops selling cigarettes and other tobacco products in the surroundings of Suburban Bus Stand on Feb. 12 evening. The team also seized cigarettes and other tobacco products worth about Rs. 8,000 from these shops for violating Cigarettes and Other Tobacco Products Act (COTPA). Three persons were also fined Rs. 200 each for smoking in public.

The ADC also instructed the officials to register FIRs against the owners of six tea shops at Maharaja Complex and on Irwin Road for allowing people to smoke in public and for not displaying warning signs of tobacco usage.

The ADC further said that efforts are being made to make Mysuru a tobacco-free city and action is being initiated against those smoking in public places. From April 2019 till date, a total of 1,162 cases have been registered and a total fine of Rs. 2.19 lakh has been imposed, she added.

‘The public may lodge complaints through ‘Stop Tobacco’ mobile phone app if they find people smoking in public places and also on those violating COTPA,’ said Poornima.