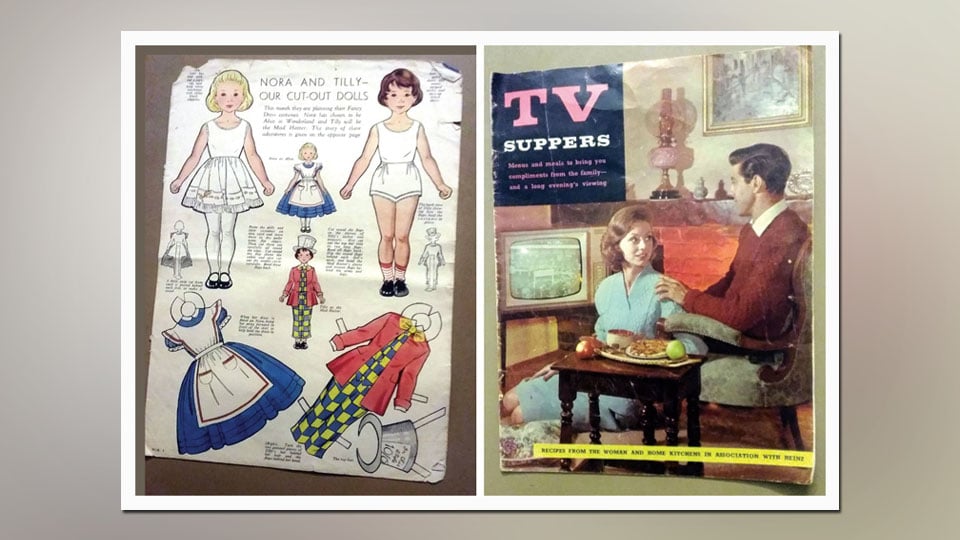 Musings on my Ma’s Memorabilia…

There are philosophical systems like Feng Shui that speak of harmony between people and natural forces. For example, one belief is that if a mirror in the house reflects gardens and trees outdoors, it brings positive energy into the house. While the scientific basis for such beliefs is disputed, it does no harm to believe. Similarly, old furniture and ornaments are often said to carry good luck for the family, if handed down from generations.

Although philosophy is a bit beyond me, I am a sentimental person and very attached to memorabilia from various stages of my life. I have for example a copy of the play Macbeth which was my text book in senior school, more than 40 years ago. It is one of my treasured possessions as it has all my childish scribbling on the side of the pages, my annotations from the past. I also have a treasure house of short stories, my favourite genre, given to me by my grandpa when I was just 14. Entitled Thirty Stories to Remember, I tick marked with a red pencil each story as I completed reading it.  After all, if we did not have memory what would we do?

I have some cushion covers which were embroidered by my mother in 1956 when she was a young mother herself. Having framed them, they hang on the wall in my library. But what is surprising even for me, is that I have the original templates from which Ma made the embroideries. It so happened that I was trying to clear out some stuff from the sewing machine table at mom’s place, and opening a bottom cabinet I found a tattered basket. I recognised that basket with great joy. It was the one ma had had for years and which I had thought lost forever. In it she kept her recipes and knitting and embroidery patterns, which she would carefully collect from Woman And Home.

Fortunately a whole load of stuff was there, to give me hours of browsing. Where did one have printers, copiers and the Internet in those days? You just had to cut out and store things you wanted to cherish and which might come in handy some day. Let me list out for you some of the cuttings and pull outs Ma kept. The magazine was published in England so naturally all the recipes and stuff were English in origin.

* A whole set of recipes from 1962, for meals to be eaten in front of the television.

* A whole set of dresses for little girls to be made in honour of coronation week. The coronation was of Queen Elizabeth  and the year 1953.

* Recipes for parties for teenagers of the late fifties, including hamburgers and sausages.

* Embroidery patterns in myriads of stitches, of little woodland scenes, bunny rabbits, children’s stuffed toys to make, table cloths, dressing table sets. The best part is my mother actually made a lot of these lovely things. Sadly, her skills as a seamstress did not come down to her ham-handed daughter!

* Recipes written in Ma’s own hand when she went for ladies club meetings. There are so many of these I’m torn between wanting to throw them away and pack them away again. Sigh.

* A tailoring pattern book from 1955 with the most trendy patterns for ladies, gentlemen and kids with those large loose salwars and bulky trousers. The kurtas look like frocks, with gathered waists and puffed sleeves, wonder if those will ever make a comeback!

* A number of stories about Nora and Tilly, twin cut out paper dolls who had an adventure every month and also came with designer frocks that little girls could play with. Nora and Tilly were my favourites when I was around 8-years-old, I followed their adventures avidly. How clever Woman and Home editors were — they ensured that their readership continued into the next generation, the reason I still keep those cuttings. One of these days I’m going to write to them and tell them I have cuttings from the magazine that are more than 50 years old. Hopefully they will acknowledge me as a loyal reader.

Then as I grew older I began reading the fiction that appeared regularly in the magazine. There was always a long story that continued for several weeks, and one or two short stories. They were all romances, gentle and warm and funny. There are a number of incomplete short stories in my collection of cuttings. Incomplete because on the other side is a set of recipes or a knitting pattern as usually happens in magazines, and to find out what happens in the story you have to turn to page 59 or 75, which I of course don’t have. Look at this sample for instance — the heroine wants to apply for a job as a housekeeper-cum-cook and is being interviewed by the lady at the employment agency:

“ No,”  I replied firmly.  “I don’t want to live with a family, it’s just what I want to avoid. Do please accept me, Mrs. Anglesey, for what I am, and I assure you that is a hard worker, a competent cook and careful manager. I shall probably do better than you think.”

Mrs. Anglesey smiled at me. “You are certainly stubborn.  I’ve half a mind to send you to the Major and teach you a lesson.”

“I don’t know if there’s anything wrong with him,” she continued with the same grin, “except of course his broken leg, poor man. He just happens to be my most difficult customer. In fact, I’d given him up and I don’t.

At this point the page ends and I’m left wondering what happened to our brave heroine. Did she take on a job at the Major’s? Was it the budding of a romance? How will I ever know, from this fragment?

Such are the treasures in Ma’s scrap bag. I shall probably get tired of the whole lot and throw it away some day. But not as yet.

In this house with tightly allocated spaces, there is no room for sentiment. I had to get rid of treasures due to lack of space, hardening my heart. But not completely. A small cupboard in which my late mother-in-law used to keep her school books when she was a little girl has come down to my husband and he used it as a child to keep his books. It now has pride of place in our drawing room along with an ancient séance table — that’s right, his grandparents had a taste for the occult!  I don’t need to reach out to ghosts, but I like to hang on to what I have.