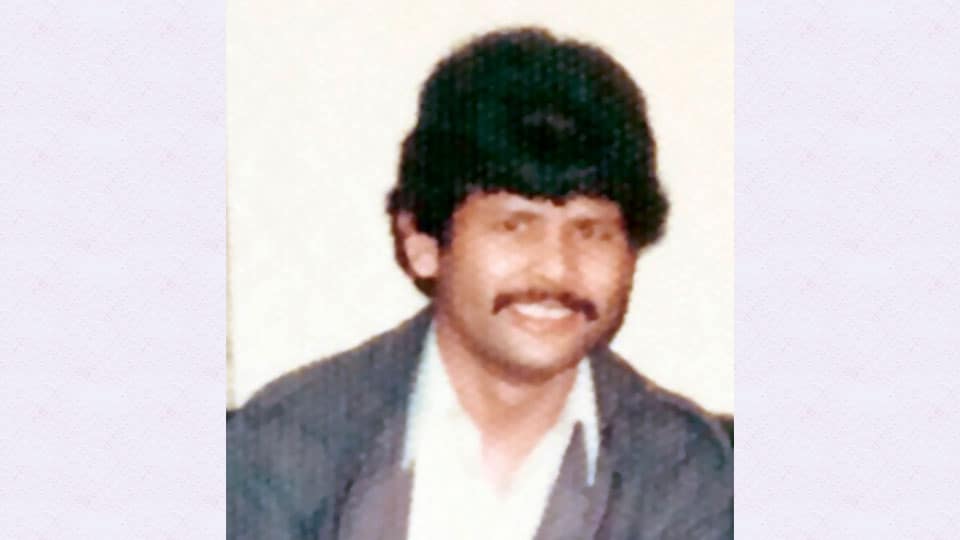 The Life of Khem Singh, A Garhwali Abroad

The tragedy of Uttarakhand shocked India. Photographs and videos showed ferocious, swirling waters, angry gashes where rocks and earth tore away from the hillsides to add their might to the tumultuous, swollen stream on its course of destruction.

Years ago, Chamoli in Pauri Garhwal was to me, just a remote mountainous region on a map; Haridwar, Rishikesh, Badrinath, Rudraprayag and Joshimath being places of pilgrimage for the devout. That is, until I met Khem Singh of Chamoli, whom we employed as “Cook” to accompany us on a diplomatic posting. Homesick for the mountains, he often recalled the bus journeys to his home in a Chamoli village with stopovers at these shrines; holy places which became familiar to me also.

In 1985, after three-and-a-half years in Moscow, my husband, A. Madhavan, was posted as Ambassador of India to Japan. Glad to escape Russian winters, and with a tight time schedule to get to our new post, we left for Tokyo accompanied by Khem Singh.

A good-looking young man, he modelled himself on Anil Kapoor, star of the 1980s; an unruly mop of hair, a fringe over the forehead and a droopy moustache completed the look. Too late I discovered that not only was he a bad cook, he was also a reluctant one. To him domestic labour was “women’s work” [auraton ka kaam] but he had no choice. He had tried to join the army but was disqualified for being colour blind. Jobs in cities like Delhi or Meerut did not work out. Back home again, he married a girl from his village called Lachchu.

He had no patrimony, being given only a male buffalo calf by his family. The animal loved him and would lick his hand; but was not a source of income. He sold it and later grieved because the new owner sacrificed it in a religious rite [“Bali”], severing its head with a single blow of a sword. So it was back to the plains and a chance to go abroad with us.

As we tried out recipes, he talked about his home in the hills; roaming the mountainous paths of his village with a band of young men. “Hum sab chhade the” [we were all free, unfettered]. They wore bell-bottom pants which had to be “Phit” [fit tight] over the thighs. When they saw village girls, they would make loaded remarks to each other, really meant for the girls. Khem Singh had seen and loved Lachchu from those days.

The folk songs in Chamoli could be devotional [like the famous “Bara Masa” of Kumaon], or emotive, depicting a yearning for home or the loved one. New young brides would burst into tears when they heard these melodies. A tape recorder we gave Khem Singh, became a treasured possession and he fantasised about taping these songs when home again.

For a Mysurean like me, these vignettes of an alien life were fascinating. Hard to bear, was Khem Singh’s relentless recounting of the plots of the many movies he had seen of Amitabh Bachchan [or “Ammi” as he called him]. Ammi’s bucolic exclamation of “Ain” however often repeated, never failed to amuse him.

Two Japanese maids came everyday to clean and do housework. The older lady, Obi San, was a fine person of unfailing grace and politeness. The younger, Kyoko San had studied English and showed me some of her exercises and poems with black themes. Everybody got on well together.

In the garden behind the Residence was a lawn with ornamental rocks, gingko and magnolia trees. Some bob-tailed feral cats staked out the area, hiding in the bushes when we appeared. Convinced that their tails were docked on purpose, Khem Singh named his favourite “Poonch Katta” [the tail-cut-one]. Tempted by treats, the animal became friendly with him. On a rock outside the kitchen, Khem Singh often arranged a cat-buffet with treats from the kitchen. Poonch Katta and other cats would sup there.

I found these qualities in him very touching. But over the years, he started drinking surreptitiously, favouring a fine whisky that we served at parties. Shortly before our departure from Tokyo, Narasimha Rao, Foreign Minister then, made a State visit to Japan. We held a Reception for him and Japanese dignitaries at the Residence. It was a gala affair with naval band from an Indian ship visiting Japan giving  a concert in the garden. It was also  Khem Singh’s wedding anniversary.

Overcome by emotion on hearing the martial music of the soldier’s life which was denied to him, thinking of his faraway bride, he sought solace in a large bottle of whisky that he had secreted. The Security Guard, Jose, finding him reeling and singing bawdy songs, tried to confine him to the kitchen. But he was defiant; boasting, to our utter shock, how he was not afraid of any one and recalling how he had  even gone on a rampage with a mob in Meerut during the riots of 1984… a far cry from the animal-lover we thought him to be.

We were transferred to Germany from Japan. A penitent Khem Singh asked to be forgiven and given a second chance, requesting that Lachchu should also come with us to the new post. This young man’s hardships in life had turned him into a rebellious soul. Hopefully, he could return to his forgotten origins, regain the simple grace, compassion, innocence and honesty of a man from the Hills.