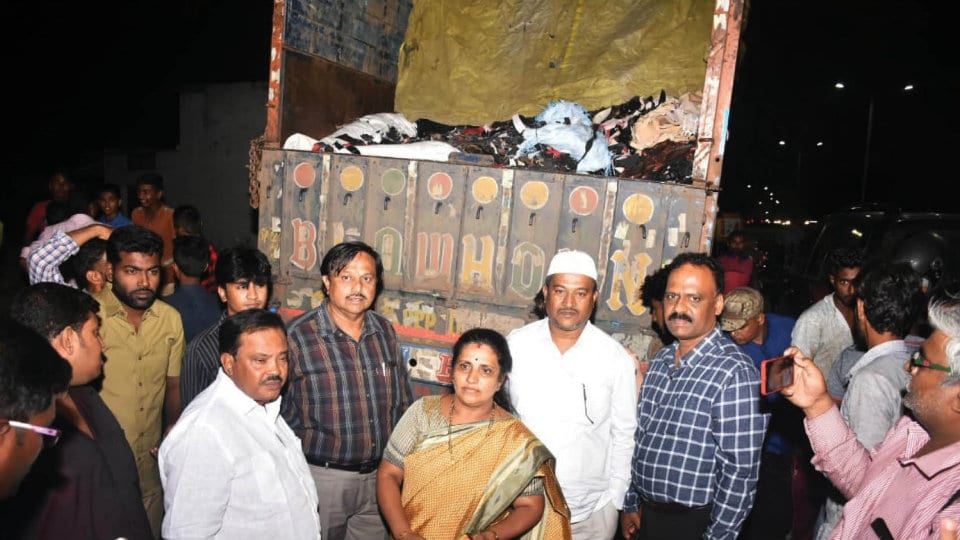 Mysuru: A lorry with waste materials from Kerala has been seized by Mysuru City Corporation (MCC) officials, who have taken the lorry driver Jaffer into custody.

On Thursday night, tax officials stopped the lorry from Kerala at the Toll Gate and while checking the documents, a bill using the GST number of one Haqib, a trader at Shanthinagar, was found and the tax officials called Haqib and informed him about the lorry. The matter was also informed to Mayor Pushpalatha Jagannath.

Soon, the Mayor and Deputy Mayor rushed to the spot and when enquired they were told that the waste materials were being taken to an industry.

A complaint has been lodged at Udayagiri Police Station in this regard, said MCC Health Officer Nagaraj.