Home » Columns » Loved by one & all but gone forever 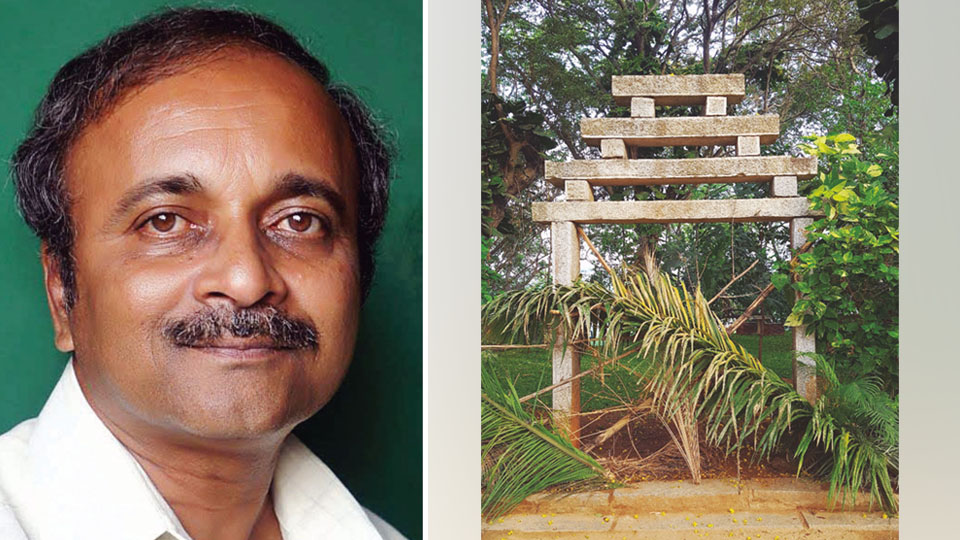 Loved by one & all but gone forever

In the recent and very untimely demise of Dr. M. Shivakumar Shetty, the medical fraternity of our State has lost a very lovable and unique person. Born on 12th March, 1953 at Bidar to Madivalappa N. Shetty and Pushpavathi, he studied under-graduate medicine at Bellary and completed his MD in Medicine from the Government Medical College here in Mysuru in the year 1982. After serving in different medical colleges as a very popular teacher, he retired as the Professor and Department Head of Medicine from his Alma Mater here. Besides being a very knowledgeable professor of medicine he was a very effective teacher who had in him the art of conveying very clearly whatever he intended to say or teach.

Completely bereft of the proverbial professorial airs, he was a very ‘down to earth’ man who used to instantly draw people close to his heart with his humility and modesty which were his twin outstanding hallmarks. To anyone who interacted with him the depth of his knowledge used to become apparent only after a short while because he never used to force his flair upon his listeners. So whenever anyone developed an admiration for him it was only because this erudition was deeply engulfed in utter humility. And that is exactly the foundation on which rested the great admiration I had developed for him over the rather brief period across which I knew this man.

He had a sagely simplicity and he would interact with utmost politeness even with the most lowly people making them immediately feel comfortable and at ease. Besides being a very good and capable doctor and teacher, he had an interest in varied fields which is a rather unusual trait in any doctor. He was particularly good in managing Computers, Mobile phones, Social Media and Income Tax affairs and he used to regularly guide his friends and colleagues in these matters. He had an interest in astronomy and he had also constructed a telescope all by himself. He was such a good computer wizard that he would regularly send useful hints and updates on computing matters to all his friends who happened to be on his loop. I was also one of them and whenever my computer threw a tantrum, he was the ‘doctor’ I would immediately turn to for a solution and he would never grudge the inconvenience.

READ ALSO  All is well that ends well!

On the contrary, after painstakingly giving me detailed instructions over the phone, helping me to untangle the problem he would after some time also call back to enquire about the health of my computer! At a casual meeting recently when I told him that I was planning to bring out a book of my writings, he offered to help me with all the necessary DTP work and I was actually looking forward to his assistance which would have been invaluable. Very sadly, that dear helping hand is never going to be by my side now even if I need it most. But I hope and pray that his unusually good soul finds eternal solace in holding God’s hand now! Rest in Peace, dear friend. Amen.

Karanji Tank crying for some attention!

The Karanji Tank, which is now more than a hundred years old, seems to be desperately crying for some much needed upkeep. My wife and I go there quite regularly for our morning walk and we find that although much money has been spent in providing some very necessary amenities both for morning walkers and the daytime visitors this sprawling Lake is itself not free from danger. The inflow of raw and untreated sewage has not been stemmed despite many rounds of discussions between citizens and the Zoo authorities.

The very popular and unique Butterfly Park, which was a prime attraction there, has been closed to the public reportedly after someone committed suicide there. Another area which has many stone benches and tables has now been cordoned off for some very inexplicable reason. This was a place where people used to rest for some time, enjoying the tranquillity of gazing across the expanse of the still waters.

Now over the past few days we find that the two entrances to this area are blocked with thorny bushes and palm fronds (see picture). The Zoo authorities should look into this matter and see that this resting area and the Butterfly Park too are thrown open to the public immediately. Further, although photography is allowed at Karanji Tank on payment of a Camera fee, the morning walkers are not permitted to use a camera even on payment before 8.30 am. This is very unfair and illogical as the best morning time for good bird photography anywhere in the world is only for an hour after sunrise which is called the ‘Golden Hour’!