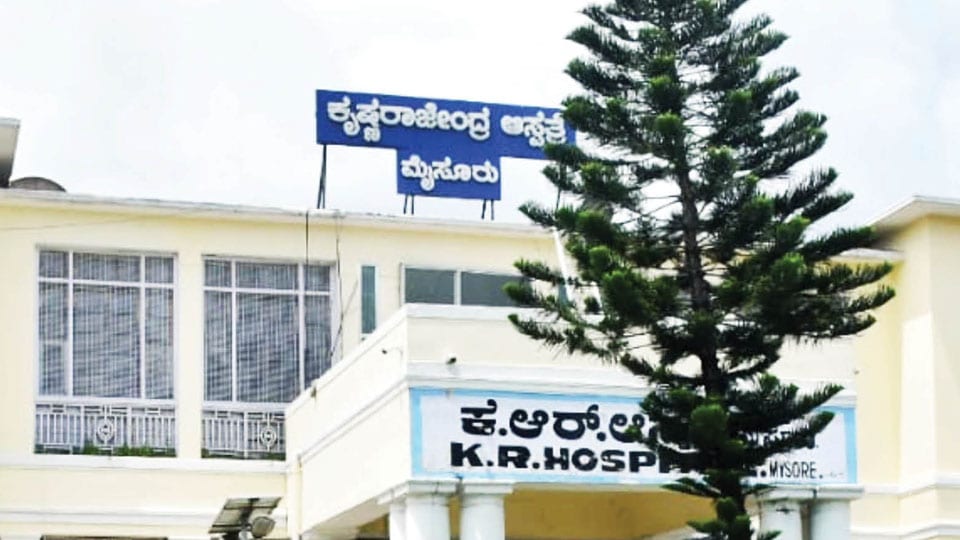 Skin Bank proposal for K.R. Hospital in cold storage due to less demand

Mysore/Mysuru: There has been a significant fall in the number of burn incidents or fire accidents, thanks to the shift from kerosene stoves to modern LPG stoves. The old pump stoves and kerosene lamps (buddi deepa) are rarely used now with the proliferation of LPG and induction stoves.

According to K.R. Hospital Medical Superintendent Dr. N. Nanjundaswamy, who is also a Dermatologist, earlier many patients from Mysuru and surrounding districts used to land at the Burns Ward of the K.R. Hospital. A majority of the burns were sustained after the old kerosene stove or pump stoves exploded during use in the kitchens.

“K.R. Hospital alone used to get over 20 to 25 patients every month and most of the cases were severe as fire spreads fast after coming into contact with kerosene that is splashed over the human body after the stove blast. Over the last three years, this ratio has come down drastically and now the Hospital reports 100 to 120 cases per year, which is a 50 percent decline,” he said.

Rural women folk predominantly use kerosene as their primary fuel after firewood and the biggest culprit behind accidental burn injuries is the high-pressure kerosene stove or the pump stove. Needless to mention, a vast majority of the victims were women.

“High-pressure kerosene stoves are still a very popular method of cooking among the lower socio-economic groups, the main reason being that they are more powerful than the kerosene wicker stoves. the vigour of pumping often results in a sudden burst of energy. Now, most households use LPG as their primary fuel. As such, accidents have come down,” Dr. Nanjundaswamy said.

No demand for skin bank

With the burn cases reducing by 50 percent, there is less demand for the skin bank. Earlier, there was a proposal to establish a skin bank at the K.R. Hospital.

Considering the increased cases of fire accidents, the Hospital authorities had sent a proposal to the State Government to release funds for a skin bank so that it would help plastic surgeries.

“A skin bank is an expensive proposal and even its maintenance is costly. The first process is to collect skin from the donors and the skin must be grafted on plastic surgery patients within three months so that the natural skin can grow. Now since the burn cases have reduced, there is less demand for skin bank,” Dr. Nanjundaswamy added.

Group Captain Varun Singh, who was critically injured in a helicopter crash that killed Chief of Defence Staff (CDS) General Bipin Rawat, his wife Madhulika and 12 Armed Forces personnel in Tamil Nadu’s Coonoor on Dec.8, 2021, was given a skin graft treatment in an attempt to treat him for burn injuries.

Varun Singh was treated at the Command Hospital in Bengaluru and the skin bank of Bangalore Medical College and Research Institute (BMCRI), located in the Victoria Hospital complex, sent skin grafts. Varun Singh suffered 80 percent burns in the accident. The BMCRI had sent 1,000 square centimetres of cadaver to the Command Hospital.

At the skin bank, the doctors were grappling with skin shortage. It had limited availability of fully processed skin for use on burn patients. The doctors were contemplating to fetch the skin from skin banks in Mumbai or Chennai. There was a decline in skin donations after the COVID-19 pandemic.

Despite the best efforts of the doctors, Shaurya Chakra awardee Group Captain Varun Singh passed away on Dec. 15.