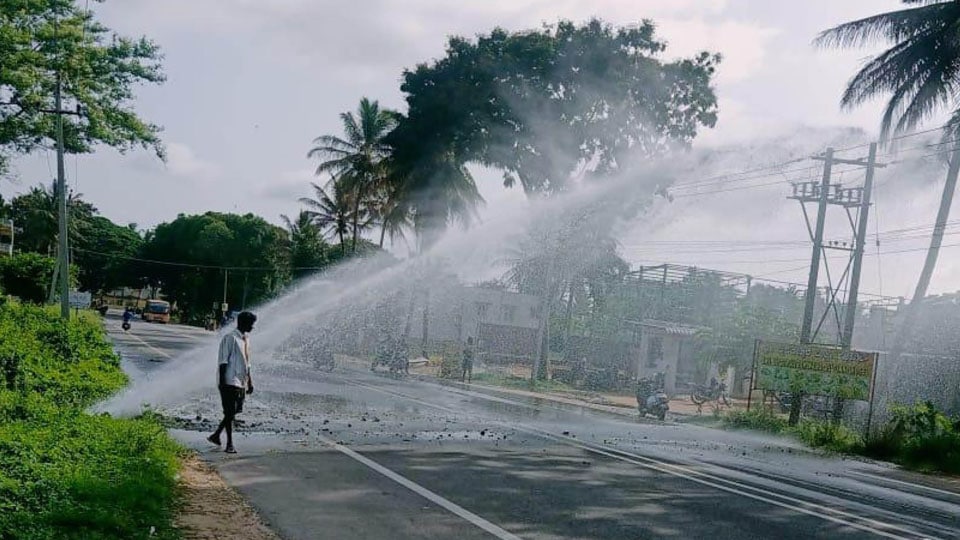 Srirangapatna: A drinking water pipeline burst open on KRS Road this morning and Cauvery water jumped up like a spring on the main road, drenching commuters, especially two-wheeler riders.

Buses passing on the road during peak hour traffic too were half-drenched as the water spring directly hit the top portion. Passengers who were sitting on the window seats were caught off-guard as cold water lashed at them with force.

Engineers said that the leakage could have happened at a place where concrete that was applied to the pipe gave away due to high pressure. The leak will be plugged by today evening, they said.

Cauvery Water KRS Road Srirangapatna
Ahead of PM’s visit…: All Roads around Mysore Palace to get a facelift
LPG stoves reduce burn accidents by 50 percent