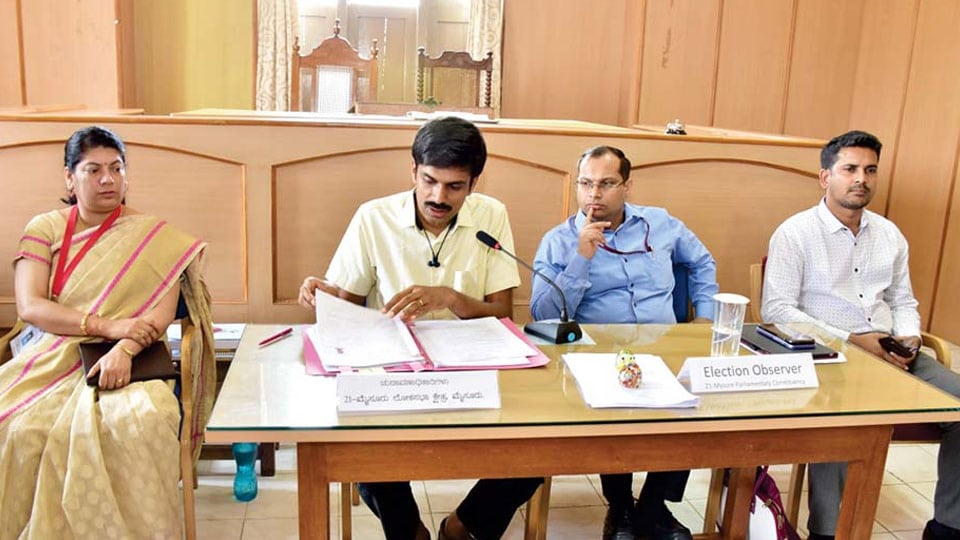 Mysuru:  Nominations filed by five candidates were rejected during the scrutiny of nomination papers for Mysuru Lok Sabha constituency yesterday.

A team of election officials including Deputy Commissioner Abhiram G. Sankar, who is also the Returning Officer, took up the scrutiny of 50 sets of nomination papers filed by 30 candidates at the DC’s Office.

In Hassan Lok Sabha segment, out of 10 nominations filed, three have been rejected. The election office had received 18 papers from 10 candidates till Tuesday. The nominations of Independent candidates B.J. Ramesh, Kempaiah and B.P. Kalappa, were rejected.

In Chamarajanagar, the election officer has rejected one nomination paper of 18 papers submitted. A total of 13 candidates had submitted 18 papers. The nomination of S. Govinda Nayak, who had filed papers from Bahujan Kranthi Dal, was rejected. The nominations of other 12 candidates, including R. Dhruvanarayan of Congress and V. Sreenivasa Prasad of BJP, have been accepted.

In Mandya, two nomination papers have been rejected. A total of 27 candidates had filed 37 papers. DC N. Manjushree has rejected one set of nomination paper of D.C. Jayashankar. He had submitted two sets of paper from All India Human Rights Association National Party (AIHRA). Similarly, the nomination of Shambulingegowda, who filed papers to contest as an Independent, was rejected.

The last date for withdrawal of nominations is Mar. 29. A final picture of the candidates left in the fray will become clear after this date.