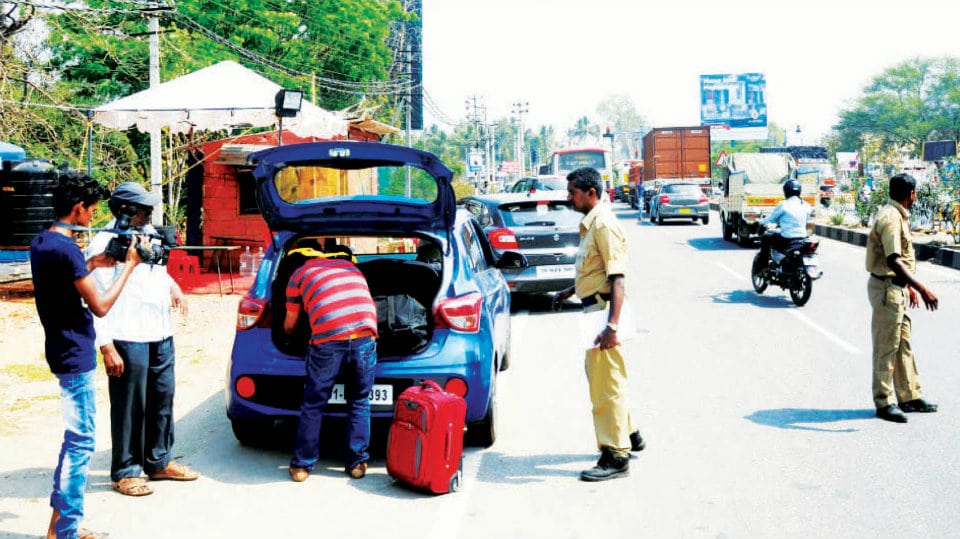 New Delhi:  Since the announcement of the dates of the Lok Sabha elections in March, enforcement agencies have seized cash and contraband amounting to Rs. 2,600 crore as of Apr. 17 when compared to the Rs. 1,200 crore during the general election in 2014.

Chief Election Commissioner (CEC) Sunil Arora confirmed that the total seizure of cash, liquor, gold and other items surpassed a staggering Rs. 2,628 crore. As per the figures, the highest seizures were recorded from Gujarat to the tune of Rs. 543 crore followed by Tamil Nadu where sleuths seized cash and contraband amounting to Rs. 514 crore. Other States with seizures worthy of mentioning were the national capital region with Rs. 390 crore and Andhra Pradesh with Rs. 216 crore.

This data released by the ECI has cast a shadow on the very notion of free and fair elections in the world’s largest Parliamentary democracy. What is even more worrying is that a lion’s share of seizures comprises narcotics followed by liquor and gold.

These factors clearly indicate that despite enforcement agencies and the polling officials working tirelessly into the night across the length and breadth of the country, India’s most crucial elections are being contested by political stakeholders on the basis of money and muscle power rather than sound policy-making.

In fact, Model Code of Conduct (MCC) violations in these elections have crossed a whole new threshold to the extent that the polling body had to restrict senior political leaders such as Uttar Pradesh Chief Minister and Bharatiya Janata Party (BJP) campaigner Yogi Adityanath along with former cricketer and Indian National Congress (INC) campaigner Navjot Singh Siddhu. Samajwadi Party (SP) leader Azam Khan and former Uttar Pradesh Chief Minister and Bahujan Samaj Party (BSP) supremo Mayawati have been subjected to bans of over 48 hours from campaigning.

READ ALSO  ‘We are not beggars’: CM H.D. Kumaraswamy

Data published on the ECI’s official website shows that as of Apr. 17, the body has recorded MCC violations by 372 persons, parties, organisations or Public Sector Undertakings (PSUs).