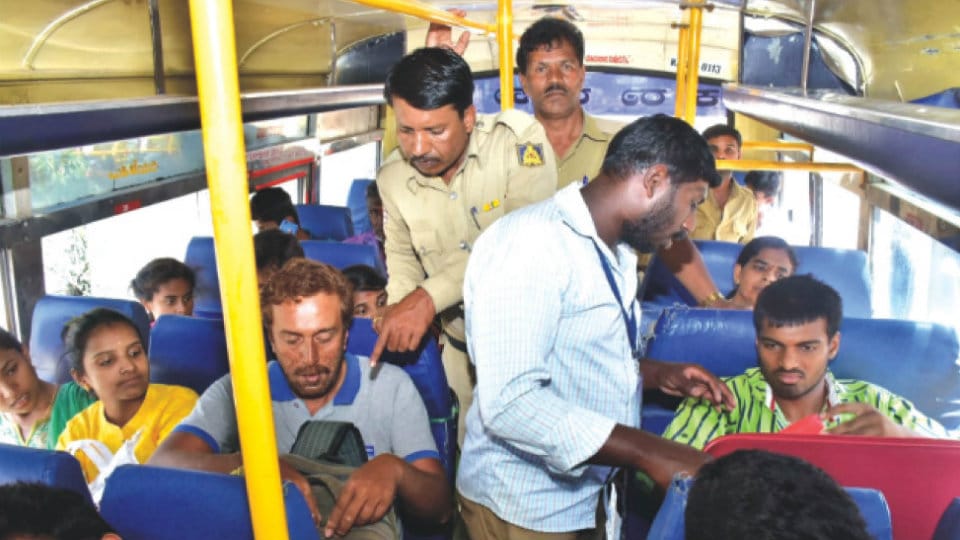 Mysuru: As cases of cash being transported in ambulances and Police vehicles were reported during the previous election, the Election Commission, in a bid to ensure free and fair polls, has instructed checking of all Government vehicles, KSRTC buses, Police vehicles and ambulances this year.

Following the instructions, the Election Officials have intensified the checking at all static check-posts on Mysuru, Bengaluru and Nagamangala Highways connecting Mandya LS Constituency, where the high voltage contest is between an Independent candidate and son of the Chief Minister of the State.

The officials at the check-posts, who are monitoring CCTV cameras, are stopping vehicles on suspicion and are conducting checking.

READ ALSO  I am a capable candidate for LS polls: Vijayashankar

The officials of the Excise Department and Police personnel have seized a total of 33,798 litres liquor worth about Rs.1,41,07,874 besides seizing 104 vehicles worth about Rs.98,23,000 which were transporting liquor. The seized vehicles include 14 cars, 86 two-wheelers and other vehicles.

District Election Officer said that a total of 638 cases including 578 Excise cases and 60 Police cases have been registered in the district and investigations were going on.

Excise Deputy Commissioner, Dy.SPs and Inspectors, along with the staff, were working in three shifts in the district including Mysuru city and are conducting operations to control illegal transportation and sale of liquor besides keeping an eye on retail liquor outlets to prevent the sale more than the permissible limit.