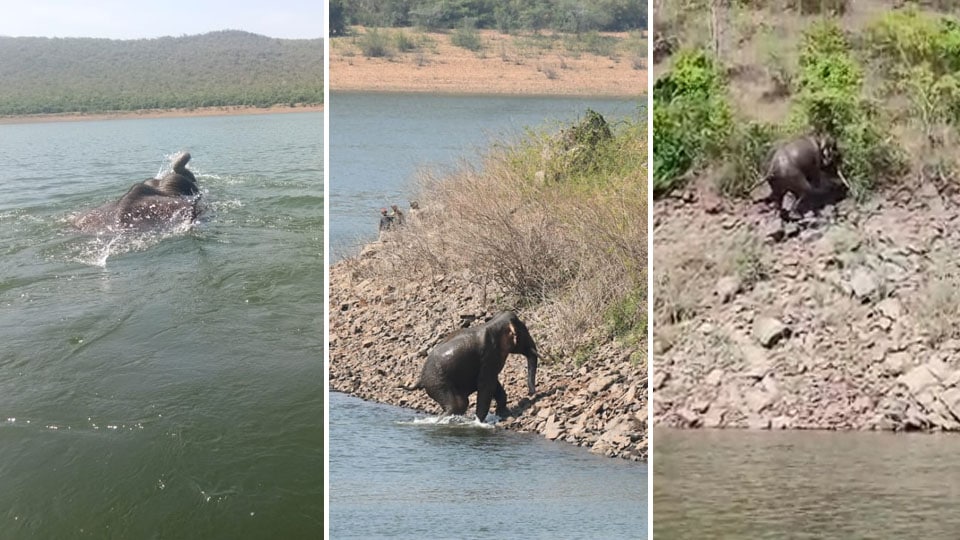 A wild elephant, which had ventured into the backwaters of Nugu Dam in Saragur taluk, was found struggling to free itself after getting entangled to the fishing nets at 6 am yesterday.

Though efforts were made by the Forest and Police Department personnel to go close to it to rescue it, their attempts failed as the elephant’s struggle created waves in the water making the boat unstable and the personnel had to come back to the shore.

Finally, at about 2.30 pm, H.D. Kote Fire and Emergency Services personnel, who ventured close to the elephant, which had remained calm due to tiredness, dropped multiple metal hooks tied to the end of a rope and tried to tug the nets.

Thankfully, the nets got cut and the elephant, which freed its legs, slowly swam towards the land, climbed the shore and walked into the forest.