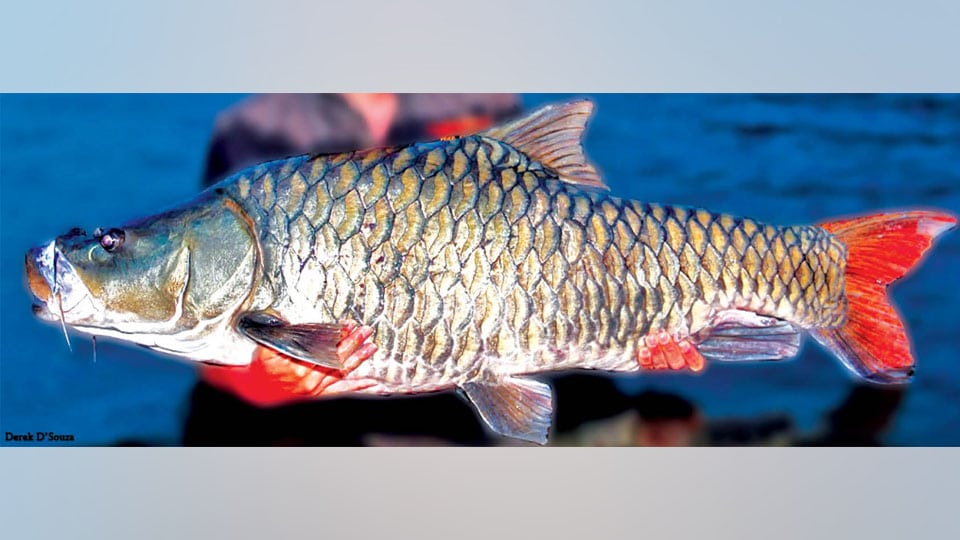 Bengaluru: Mahseer, the freshwater fish predominantly found in southern parts of India and now facing extinction, may soon get the ‘State Fish’ tag, if the government accepts the recommendation of the Western Ghats Task Force.

The Task Force said such a step would help in conserving the endangered species.

The fish, belonging to the carp family, is regarded as gold by fishermen, thanks to its high price. However, the limited spread of the fish and the high demand has pushed it closer to extinction.

The Task Force has also recommended the State Government to declare Honey Bee as the ‘State Insect’. “Honey bees are special as they contribute immensely to maintain balance in ecology and they also are a means of livelihood for many. It deserves the State Insect tag.”

Bee farming in the State is thriving and is a profitable industry and experts say honey bees play a crucial role in pollinating the crops.

However, due to rapid urbanisation the bees are a threatened lot in cities, while pesticides used for agriculture are a threat to them in rural areas.