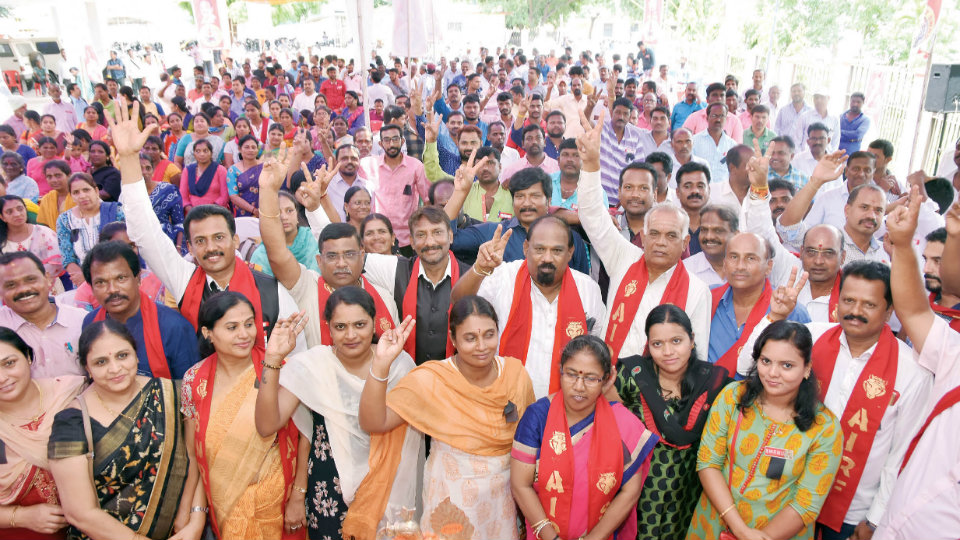 The protest is part of the week-long nationwide demonstration called by the Railway Union. Alleging that the Union Government is privatising the Modern Rail Coach factory at Raebareli in UP and is also conspiring to privatise six other units, the employees accused the government of privatising the Railways in phases in order to avoid opposition.

Maintaining that the move to privatise Railway units is a unilateral one, they said that they will resist any such move with strong opposition.

Claiming that privatisation will hurt the country, the protestors urged the Centre to drop such moves in the interests of passengers and general public. Union office-bearers R.R. Naik, C. Shivakumar, P. Shivaprakash, Dr. A.M. D’Curz, S. Somashekar, K. Gururaj and others took part in the protest.