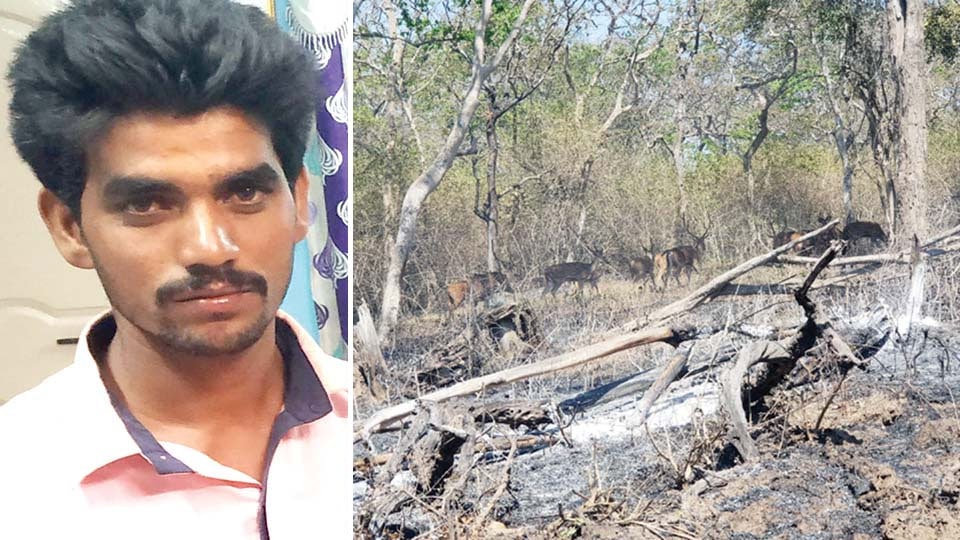 Mysuru: The Forest Officials have been successful in nabbing the prime accused, who had set fire to the Bandipur Reserve Forest region in the Gopalaswamy Hill limits.

The prime accused is Arun Kumar, son of Nagalingegowda of Kallipura in Gundlupet taluk. He was produced before a Court, which has remanded him to judicial custody.

Arun had lit fire on the night of Feb. 22 and had gone absconding. Acting on a tip off, the Forest officials traced him at his relative’s house at a nearby village and arrested him yesterday.

Arun, who owns agricultural land at the foot of Gopalaswamy Hill, used to sleep in the field at nights and on Feb. 22 at about 9.30 pm, he had lit fire at four places in the forest. Forest Watchers, who observed the fire, rushed to the spot to douse it and saw Arun coming out of the forest and go inside the shed built in his field. But when a guard went near the shed, Arun had gone missing from there.