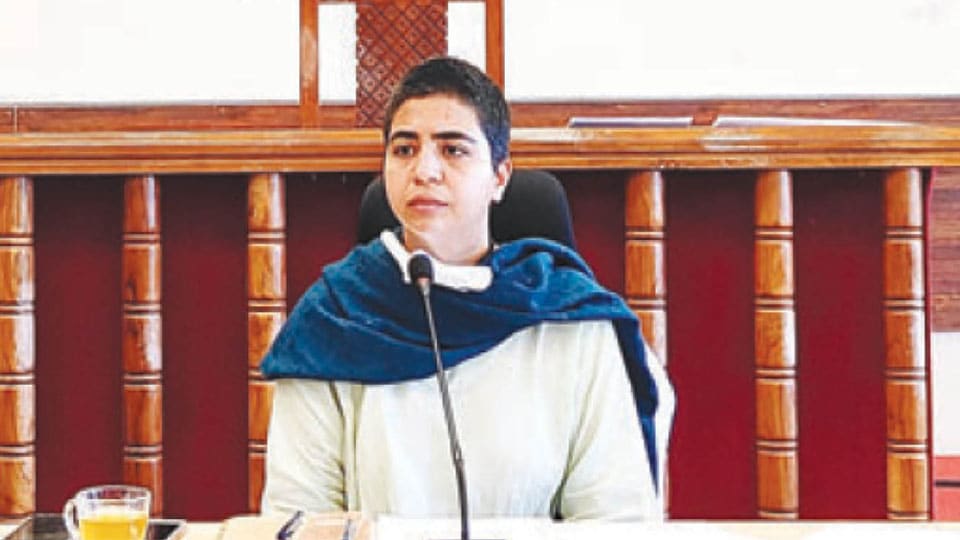 Man claiming to be officer at PMO calls Chamarajanagar DC

Chamarajanagar: A call from the Prime Minister’s Office (PMO) would put any district-level officers on a high-alert mode and they will scurry to perform the duties as directed and even go to the extent of extending ‘unofficial courtesies’ if demanded.

One such caller, who claimed to work in the PMO, called Chamarajanagar Deputy Commissioner (DC) Charulata Somal and sought booking in the Biligirirangana Betta (B.R. Hills) Guest House. Attending the call, the DC later found that the call was fake and a Police complaint has been lodged now.

On June 27, the DC received a call from one ‘Rao’ who claimed to be the retired Chief Secretary from Gujarat cadre and is now performing his duties at the PMO.

He told the DC that as he is a high-level officer, he required ‘courtesies’ by the district officers and revealed his plans of visiting Chamarajanagar.

The officer in question told the Chamarajanagar DC that he and his family would visit the B.R. Hills on July 2 and asked the officer to arrange for his accommodation at the Guest House and also make arrangements for a jungle safari and a darshan at Biligiri Ranganathaswamy Temple and also facilities to see the Dodda Sampige tree.

The person also sent a message to the DC’s WhatsApp number seeking facilities. After hearing him out, Charulata Somal asked about his designation at the PMO to which, the caller informed the DC that his designation was highly confidential as he worked for the PMO.

Suspicious by his sly and evasive replies, the DC made enquiries and checked his phone number. It was found that the number was fake and no such person was working in the PMO.

The DC later filed a Police complaint at the Chamarajanagar Town Police Station against the caller who was misusing the PMO’s name to seek comfort and facilities. His mobile number has been handed over to the Police. Meanwhile, the caller, who had told the DC that he will come to Chamarajanagar on July 2, failed to turn up.

Superintendent of Police (SP) Shivakumar told Star of Mysore that a case has been registered based on the DC’s complaint and an investigation was on.