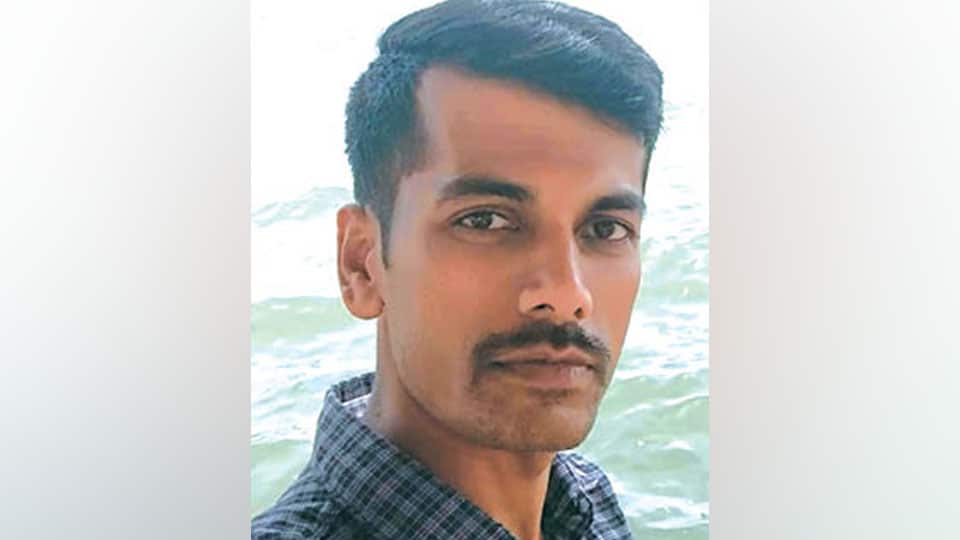 Suspected to be strangled before being hung

Mysuru:  Residents of Chikkahadiganahalli, near Bilikere, were shocked to find a youth hanging from a roadside tree on Hunsur Road this morning.

The shocked villagers and passersby, immediately informed the matter to Bilikere Police, who along with Hunsur Circle Inspector Shivakumar, rushed  to the spot.

After removing the body from the tree, the Police shifted it to Hunsur General Hospital.

The deceased youth has been identified as Shivakumar (30), son of Puttalinganna, a resident of Hulikere of Srirangapatna taluk in Mandya district, who was working at the Housekeeping Department at Infosys in city.

The Police, based on circumstances evidences, have suspected that Shivakumar may have been strangled to death and later hung to a roadside tree.

Meanwhile, traffic on the ever-busy Hunsur Road was disrupted for sometime as large crowd had assembled at the spot by parking their vehicles on the road.

The body has been shifted to MMC&RI mortuary in city, where post-mortem is being conducted.

Bilikere Police have registered a case of murder and Circle Inspector Shivakumar, who is the Investigating Officer, has taken up the investigation.