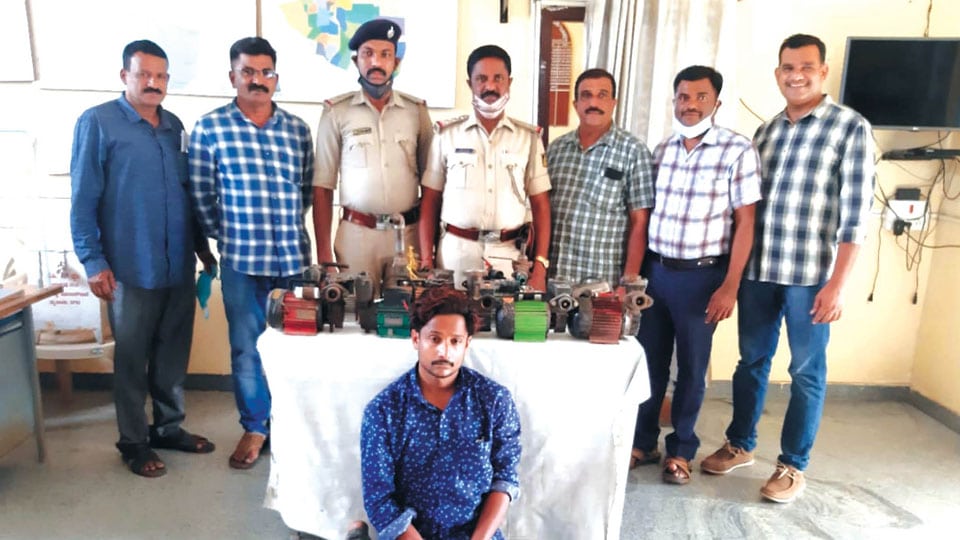 Mysore/Mysuru: Alanahalli Police, on Sept. 25, have arrested a man on charges of stealing water pumps, installed to sumps at various houses and have recovered 11 pumps worth Rs. 50,000 from him.

The arrested is 29-year-old Mohammed Salim, a resident of Shanthinagar in city.

Following the arrest, the Police have solved four cases registered at Alanahalli Police Station and one case at Nazarbad Police Station.