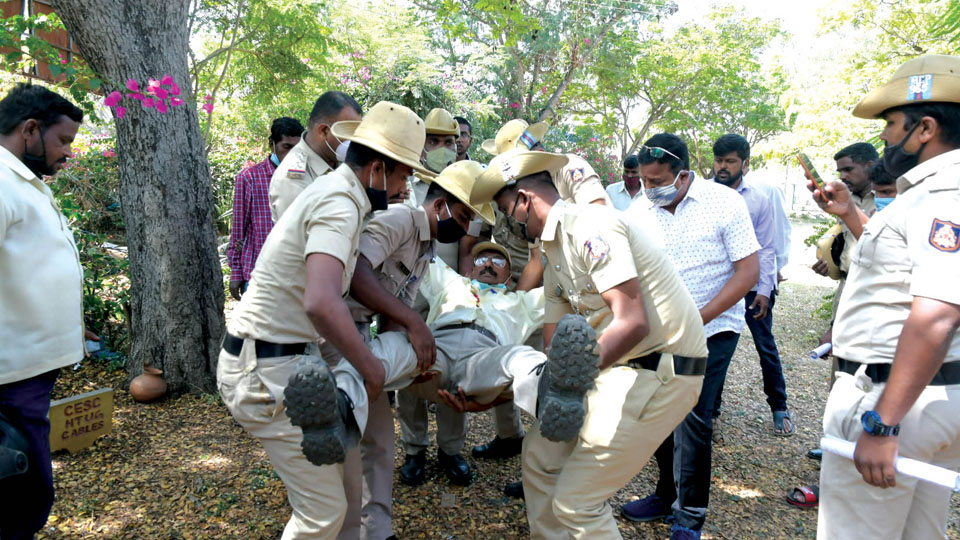 Man stabs self near DC’s Office

He had allegedly taken commission from many for getting loans

Mysore/Mysuru: A 55-year-old man reportedly stabbed himself at the park near DC’s Office yesterday, when a few people, who had given him commission to get them loans, asked him to pay back the commission money.

The man, who attempted suicide, is Radhakrishna, a resident of Mandi Mohalla. He has been admitted to a hospital by the Police, where he is said to be out of danger.

Radhakrishna, who went near the fence of the park, took out the knife which he had brought, stabbed himself on the stomach and collapsed on the ground.

Jurisdictional Police, who rushed to the spot n receiving information, admitted Radhakrishna to a hospital, where he is said to be out of danger.

Lakshmipuram Police, who have registered an attempt to suicide case, are investigating.