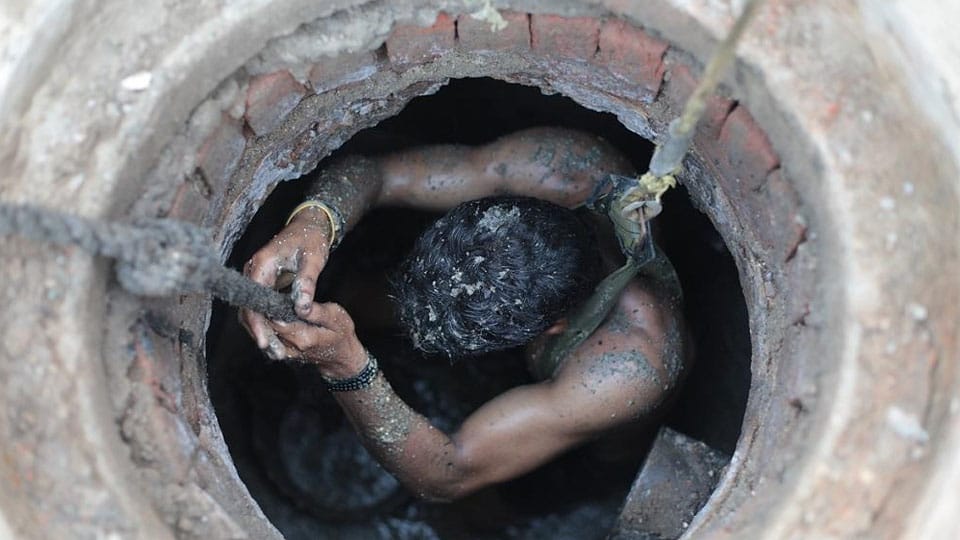 Mysuru: Former Mayor Narayana has alleged that even as the Central Government is busily engaged in Swachh Bharat and such other cleanliness campaigns, manual scavenging has increased multiple-fold.

Addressing a press meet here yesterday, Narayana said that Prime Minister Narendra Modi has declared that the country is free of open-defecation, with the construction of over 11 lakh toilets in the past five years.

Stating that even as the Prime Minister takes pride in announcing that over 75 lakh cleaning jobs have been created due to Swachh Bharat initiative, the Government had failed in ending manual scavenging, he maintained.

Quoting a Government of India survey report which said that more than one lakh people were still indulged in manual scavenging, Narayana claimed that several State Governments had submitted false affidavits to the Supreme Court stating that manual scavenging no more existed in their State.