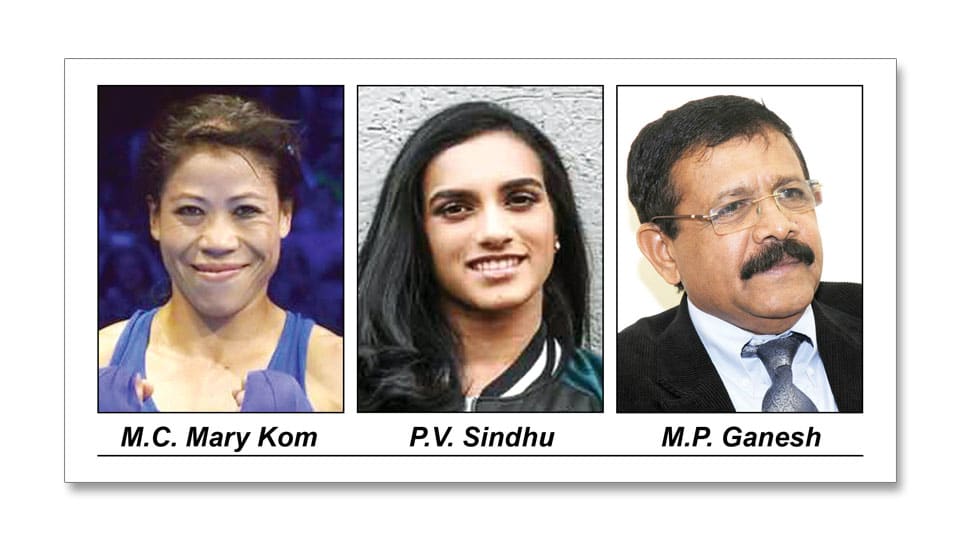 Mary, the only woman boxer to win the World championship for record sixth time, also becomes the first woman athlete to be recommended for country’s second highest civilian award after Bharat Ratna.

Sindhu, who achieved another milestone after winning the World Badminton Championship, the only Indian to do so, has been recommended for Padma Bhushan. She was Padma Shri recipient in 2015.