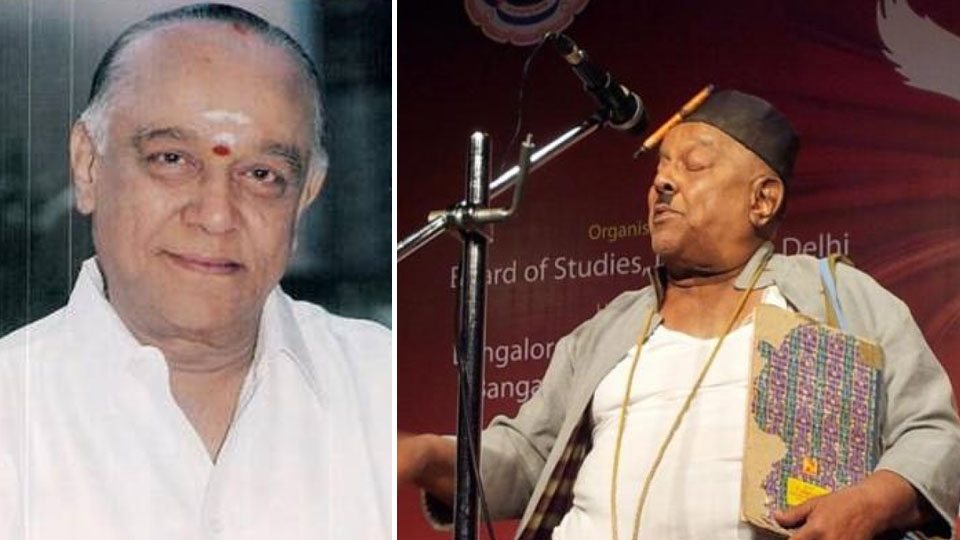 ‘Master’ Hirannaiah passes away at 85

Born in Mysuru in 1934, he took on draconian Emergency with his acerbic tongue

Bengaluru: Veteran Kannada actor and theatre artiste ‘Master’ Hirannaiah passed away in Bengaluru this morning. He was suffering from age-related ailments. He breathed his last at a private hospital in Bengaluru at the age of 85 and survived by his wife and five children.

Born Narasimhamurthy to K. Hirannaiah, who is considered as a pioneer in theatre and a ‘Cultured Comedian’ in 1934 in Mysuru, Hirannaiah became “Master” Hirannaiah in Kannada entertainment field. He took over the reins of K. Hirannaiah Mitra Mandali, founded by his father in 1953, after his death.

‘Lanchavathara’, ‘Nadu Beedhi Narayana’ and ‘Brashtachara’ were some of his popular plays. He also acted in over 30 films that include ‘Chor Guru Chandal Shishya’, ‘Operation Antha’, ‘Harakeya Kuri’, ‘No. 70 Shanthi Nivasa’ and ‘Hudgeer Saar Hudgeeru’.

Among the plays, it was ‘Lanchavathara’ which made him a household name among Kannadigas as he took on corruption in his own way. This play had over 12,000 shows across the globe. His way of using humour and satire to throw light on the serious societal issues earned him huge fan following.

Not just on corruption, his plays dealt with social evils like dowry, casteism, etc. He preferred theatre to cinema as he could express his views without censorship. Interestingly, his ‘Lanchavathara’ came under the wrath of the Congress government in 1963 as it attempted to ban the play.

He believed in the philosophy that the world is a stage run by the God and each one of us should play their roles as per their abilities. In his lifetime, he won innumerable awards that include Dr. Gubbi Veeranna award in 1998.

READ ALSO  When the ‘Master’ Hirannaiah said sorry to Siddharamaiah

Hirannaiah’s big break came during the draconian Emergency between 1975 and 1977. When most actors stopped acting or were afraid of criticising the government of Indira Gandhi, Hirannaiah took on her courageously by staging plays against the “murder” of democracy. He was proud of his act. He used to describe how he fought Emergency through his plays.

His plays were always a big hit and it was almost impossible to get a ticket at times during the peak of his popularity in pre-television days. Even though he had friends in all political parties, his acerbic tongue spared none. He took on all Karnataka chief ministers, including S. Nijalingappa, D. Devaraja Urs and R. Gundu Rao. In the 1990s, he started acting in television serials. Some of them became big hits. His stand-up comedy shows were also popular on the small screen.

A Brahmin from a conservative background, he was fond of alcohol had no inhibitions about making it public. He used to joke that his blood group is alcohol group. After a heart attack, he had stopped drinking. He was quite active till recently and was full of life.