Home » News » When the ‘Master’ Hirannaiah said sorry to Siddharamaiah 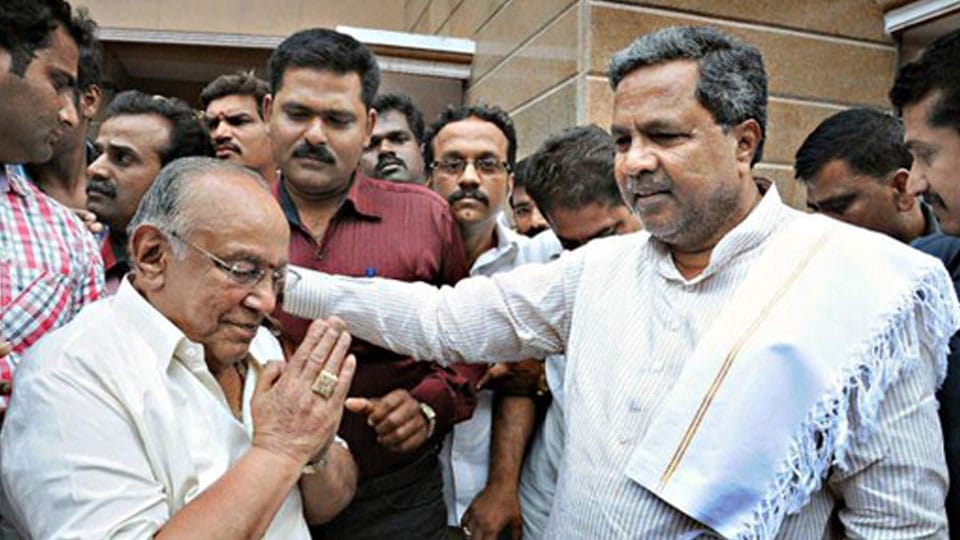 At an event held in Mysuru on May 11, 2014, ‘Master’ Hirannaiah, who is known for his razor-sharp tongue and tongue-in-cheek remarks, courted a controversy after uttering abusive words against the then Karnataka Chief Minister Siddharamaiah, and the then Congress President Sonia Gandhi.

Hirannaiah, speaking after receiving an award at the event, condemned the State government for hiking bus fares immediately after the election. He also said it need not come as a surprise if Sonia Gandhi used Congress party to sell the country off. He also used some abusive words against the leaders and their children.

As soon as they got information of what had happened, Congress workers rushed to the venue, vandalised it and blocked the programme. They damaged the tables and chairs and tore down the banners. However, Hirannaiah had already left the venue as the programme was in the concluding stage.

Hirannaiah, who was taken aback at this unexpected show of dissent, went to Siddharamaiah’s house at T.K. Layout in Mysuru and offered unconditional apologies to him. Siddharamaiah took the incident in his stride and saw Hirannaiah off.