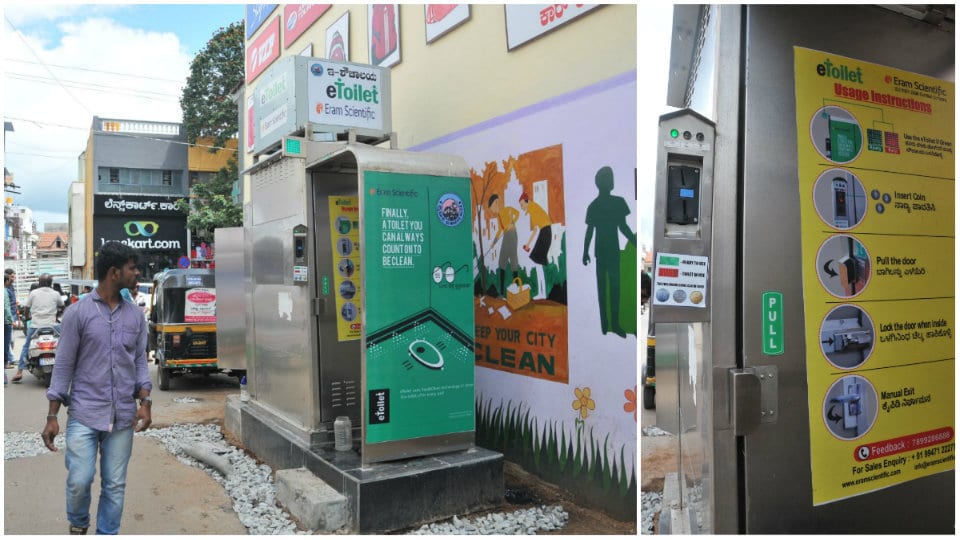 Mayor M.J. Ravikumar is scheduled to inaugurate the e-toilet in Devaraja Mohalla tomorrow at 11.30 am in the presence of MLA Vasu.

The MCC had built the first e-toilet on Devaraja Urs Road, which was inaugurated last year.

The e-toilet, which is 2 mts wide and 3 mts height, is common for both male and female and is constructed at a cost of Rs. 5.5 lakh. It is equipped with a water tank and can be operated using Re. 1, Rs. 2 and Rs. 5 coins.

At present, there are three e-toilets — behind Punjab National Bank on Devaraja Urs Road and near Jaganmohan Palace which are in operation. One facility would be inaugurated tomorrow in Devaraja Mohalla and one more is under construction in K.R. Hospital premises. MCC Commissioner G. Jagadeesha, speaking to SOM said that provisions would be made to construct more e-toilets at various places in city in the next budget.