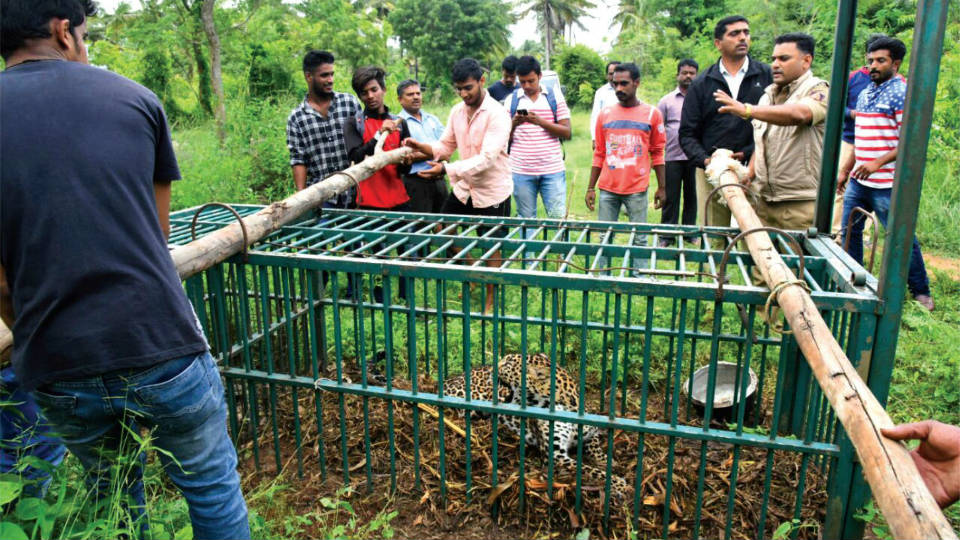 Mysuru: A four-year-old leopard, which had walked into the cage placed by the Forest Department at the farm of one Prashanth at Mydanahalli near Koorgalli Industrial Area here on Monday, has been released into Nagarahole Forest in the evening.

The Forest Department had placed the cage in the farm with a dog as a bait to lure the big cat into the cage after villagers complained of leopard scare when they found pug marks a few days ago. On Monday, at about 1.30 pm, the leopard walked into the cage and was trapped.

RFO Devaraj, Shivakumar, Papanna, and others took the leopard and released it in Nagarahole Forest.

Leopard scare in Mysuru: It is learnt that leopards are straying into human habitat in Mysuru surroundings and a cub was found in Bogadi, which has been informed to the Forest Department.

This apart, the discovery of pug marks at Salundi village has caused panic among the villagers. The Forest Department personnel have now placed a cage to trap the big cat.