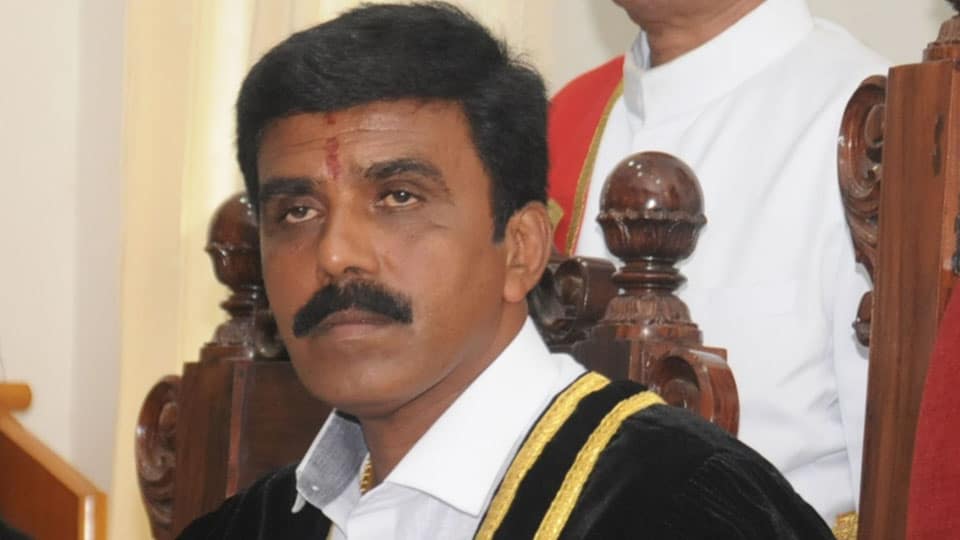 Mysuru: Mysuru’s First Citizen M.J. Ravikumar will file defamation cases against people who are mocking at him on social media over his ‘lack of proficiency’ in English. A video clip that is being circulated in social media shows the Mayor explaining Dasara arrangements to a TV reporter.

Speaking to Star of Mysore this morning, Ravikumar said that people in the social media have passed insinuating comments at his language. “In doing this, people have insulted the post of Mysuru Mayor. If the comments were directed against me, I would not have reacted but I am hurt as the insults are directed at the Mayor’s post. I will file defamation cases against people who are doing this,” he said.

He said that he would formally lodge a complaint and identify the persons behind circulating the video.

ONE COMMENT ON THIS POST To “Mayor ko gussa kyon aatha hai? : To file defamation case for being mocked at on social media”