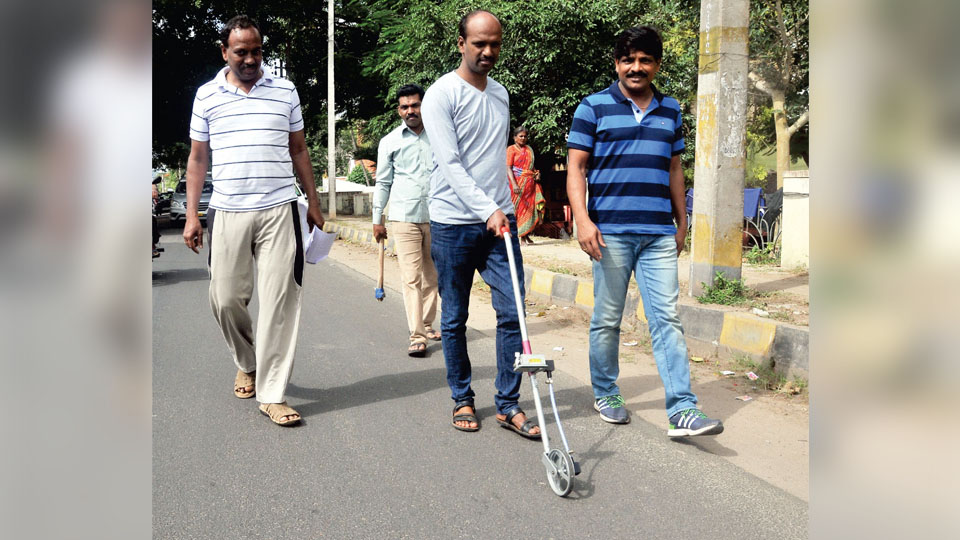 Mysuru: The Mysuru City Corporation Commissioner G. Jagadeesha has so far inspected 500 civil works and has ordered rework of 25 projects due to substandard works.

Assuming charge as MCC Commissioner a year back, Jagadeesha carries a pickaxe, shovel, tapes and quality measuring machines in his official car and examines roads and other civil works. He goes on inspection on Sundays too between 6.30 am and 2.30 pm. 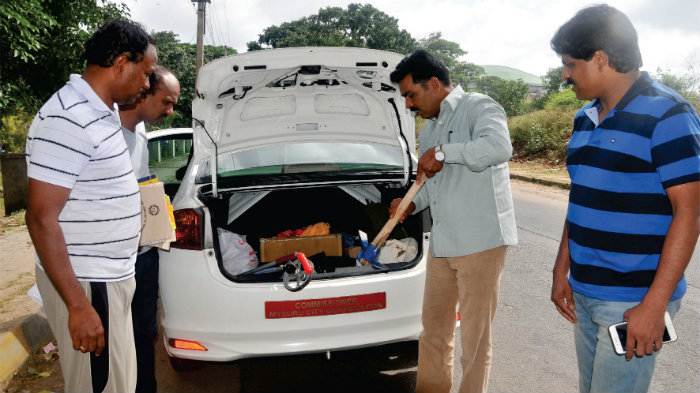 “So far I have ordered rework of over 25 projects as the contractors have cheated the MCC and have carried out substandard works. I have recommended the suspension of MCC Engineer Srinivas and have issued show-cause notices to 3 contractors asking why action should not be taken against them for dereliction of duty,” he said.  Jagadeesha added that over 18 contractors have been blacklisted. Some of the road works are so pathetic that the contractors used quarry dust instead of M-Sand for the works. In some areas, asphalting has not been done as per standards, he added.