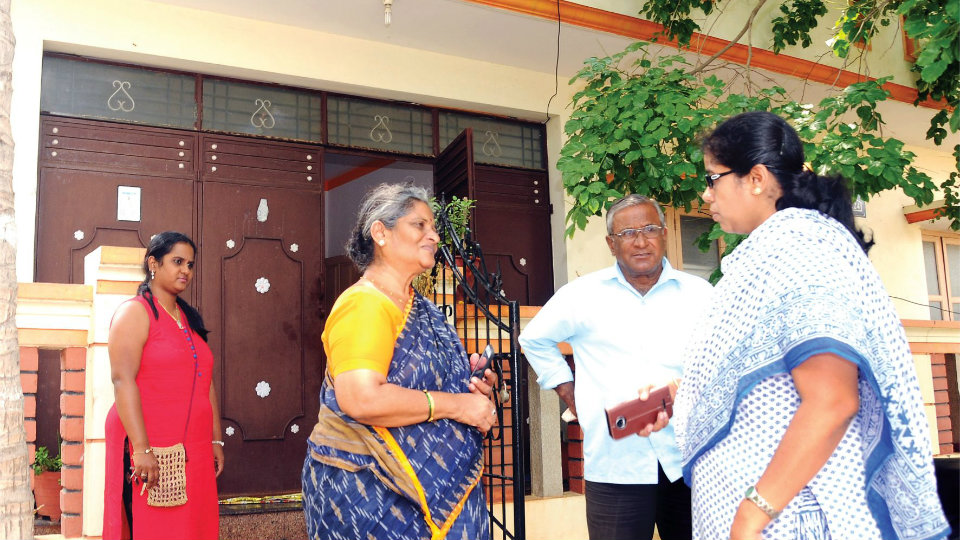 Mysuru: Cracking the whip on unauthorised Paying Guest (PG) accommodations in city, the Mysuru City Corporation has began a drive to close down paying guest accommodations that are violating various laws laid down by the Police and the administration.

Raids on such accommodations that began yesterday, continued this morning. MCC officers told Star of Mysore that the operation will be on until illegal PGs are shut. The MCC move comes after Deputy Commissioner of Police (Law and Order) Dr. H.T. Shekar writing to the MCC to vacate illegal PGs and provide the Police a list of PGs and their occupants to prevent law and order problems.

The MCC’s target is those PGs that have not sought prior permission or those who have converted their houses into PG accommodation in residential areas by violating by-laws. The PG business is a lucrative one, but MCC authorities claim that it is mired in irregularities.

There are hundreds of PGs operating in MCC limits and only a part of them are registered and have a trade licence. The civic agency claims that a number of them do not pay property tax at all and have no accountability, which is why it has decided to tighten the noose.

It may be recalled here that MCC Zone 3 Assistant Commissioner Roopa raided a house on a residential area near Kamakshi Hospital at Saraswathipuram yesterday evening and found that one Anil Kumar who had taken a catering licence from the MCC was running an unauthorised PG on the second and third floors of his house.

Officer Roopa, along with other raiding officials, found that Anil Kumar had accommodated 63 boys in 23 rooms with no basic facilities. Following a series of complaints from the area residents who complained that women and girls were not feeling safe due to large concentration of boys in the vicinity, the MCC raided the premises. The residents had also complained that the PG boys are unruly and would constantly disturb the area and cause parking problems.

As the raid was on, Anil Kumar objected to the PG seizure and hurled abuses at Roopa who later lodged a complaint against him at the Saraswathipuram Police Station. The Police have booked Anil Kumar under IPC Sections 353 (Obstructing a government officer from  performing duties), 323 (Hurling abuses and voluntarily causing hurt), 341 (Manhandling and wrongful restraint) and 420 (Cheating and tax evasion). The PG accommodation has been seized. 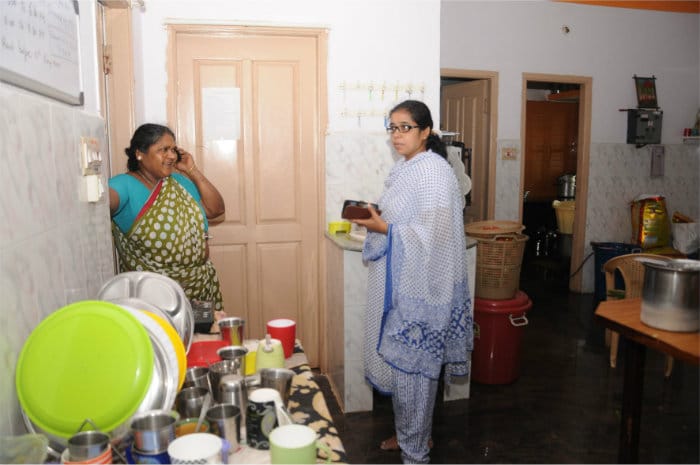 Mysuru City Corporation Zone 3 Assistant Commissioner Roopa is seen speaking to a PG owner this morning at Vijayanagar enquiring about the PG accommodation and licences.

According to MCC officers, PGs are spread across the city and their concentration is more in Zone 3 and 5. Zone 3 areas include Basaveshwara Colony, Hebbal First, Second and Third Stages, Kumbarakoppal, Manchegowdanakoppalu, Vijayanagar First and Second Stage and Gokulam. Zone 5 areas include Sharadadevinagar, Ramakrishnanagar, Kuvempunagar, Saraswathipuram, Rajarajeshwarinagar, Dattagalli and Bogadi.

The high concentration of PGs in Zone 3 and 5 is due to the presence of many IT companies. These PGs charge anywhere between Rs. 6000 to Rs. 10,000 per month for food and accommodation, officers said. “Though PGs cannot operate from residential areas, these houses violate building by-laws with most of them setting up small rooms, kitchens and wash-rooms without getting the plans passed by the MCC,” officials said.

It was also found that none of the owners had got their tenants verified by the Police. The residents were never given any receipt of the dues charged from them.

“We have been inspecting PGs in our zones and this will continue for another week or so. When we inspected some PGs we found them running without a licence. They will be made to pay a fine and will also be asked to pay double the amount of the pending dues from the time they are running the PG without licence,” Roopa said.