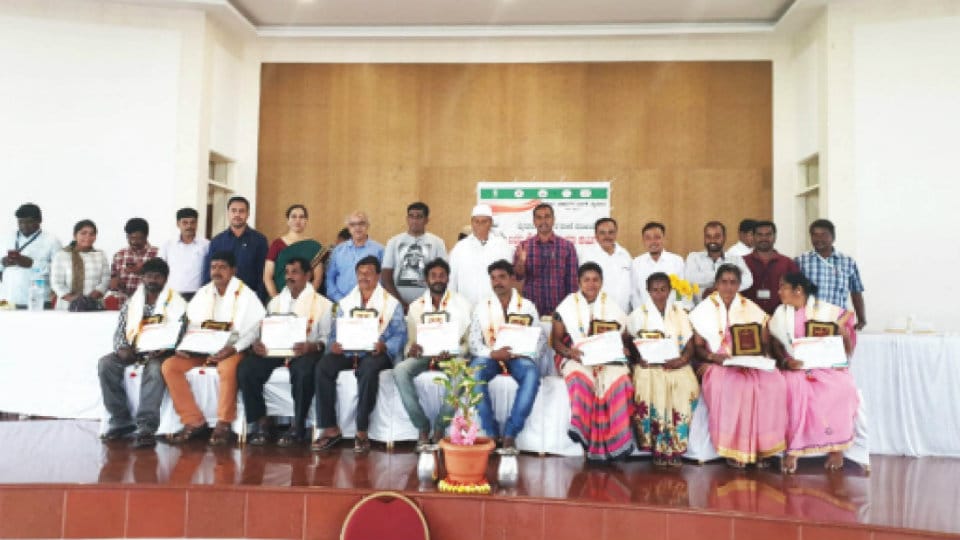 Mysuru: Mysuru City Corporation (MCC) has been felicitating Pourakarmikas of all Wards, who are engaged in daily cleaning activities, by organising a programme titled

Discerning Pourakarmikas working in the jurisdiction of MCC Zone-9 were felicitated at the function organised at Rukmini Ramachandra Convention Centre in Alanahalli here recently.

Also, the best serving Pourakarmikas attached to Wards of Zone-7 of the MCC were felicitated at the programme organised by the MCC at J.C. Convention Hall in Bannimantap recently.