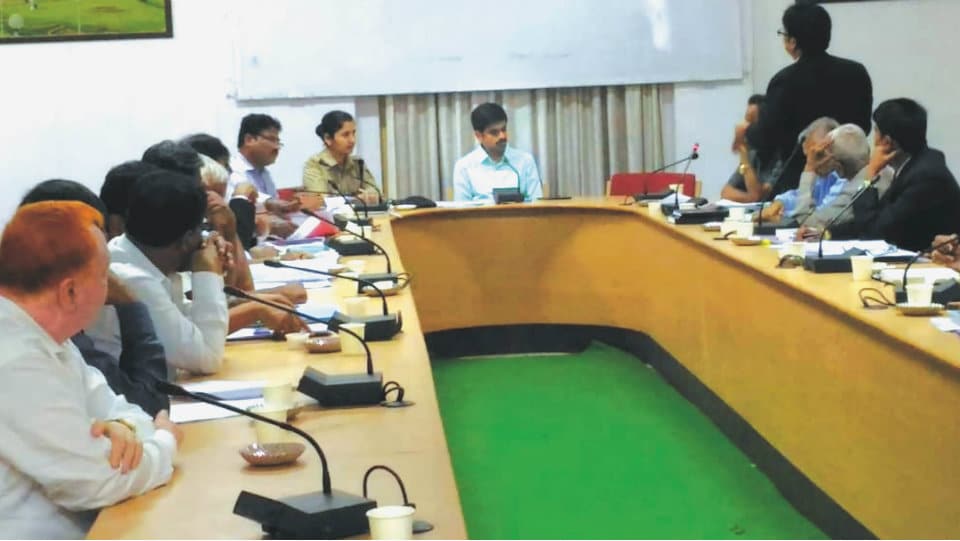 Mysuru:  The District Road Safety Committee meeting held in city yesterday took a serious note on the 26 Black Spots identified across the district and safety measures to be taken to avoid accidents.

Deputy Commissioner Abhiram G. Sankar, who chaired the meeting held at his office yesterday, pointed out that vehicle users were in danger in certain sections and asked officials to focus on this.

It may have occurred for a variety of reasons, such as a sharp drop or corner in a straight road, so oncoming traffic is concealed, a hidden junction on a fast road, poor or concealed warning signs at cross-roads. In any given 500-metre stretch, if there are more than 10 accidents in three years that have resulted in loss of lives, such places are called black spots.

Also, traffic near the bus stand is usually dense because of the proliferation of bars and restaurants in the vicinity. Similarly, the Bilikere-K.R. Nagar route and the T. Narsipur-Kollegal Road too have high traffic density and movement, leading to accidents.

Officials in the meeting said that there is perpetual traffic congestion near Field Marshal K.M. Cariappa Circle (Metropole Circle), Sharadadevinagar Circle and near Hinkal Flyover.

Calling upon officials to personally inspect all the black spots and take corrective measures to avoid accidents, he said, “Many black spots are due to road engineering defects and gradients. Measures like scientific road humps, warning boards and reflective mirrors can be installed to prevent accidents.”

He also directed the officials to take measures to reduce accident rate. Coordination with Police, RTO KSRTC, NHAI and State Highway Authorities is a must to solve the problem of accidents and black spots,  the DC rued.

On the steep curve near Navodaya School in Gaddige

(Bogadi), officials said that it is an accident-prone area and there is an urgent need to set up a road divider there. Also, road dividers must be installed on Belavadi-Hootagalli Road as there is a high traffic density in both the directions.