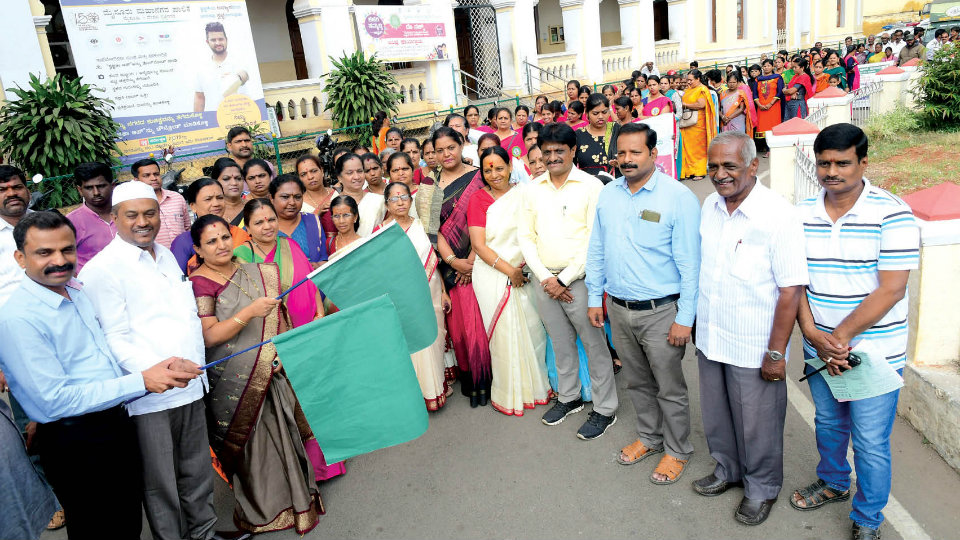 Members of Sthree Shakti Groups and other organisations, who participated in the programme, were briefed on Central Scheme like Jan Dhan, Jeevan Jyoti, Suraksha Bhima and Ujjwala.

Citing the example of Infosys Foundation Chairperson Sudha Murty, he said that many women had risen to top positions in all spheres.

MP Pratap Simha spoke on the betterment of rail and air connectivity to Mysuru with good Central participation. He suggested MCC to further strengthen the Swachhta Abhiyan.

Earlier to that, members of Sthree Shakti Groups, MCC employees and others took out a rally from MCC office to Town Hall which was flagged off by Mayor Pushpalatha Jagannath.

An exhibition and sale of products made by Sthree Shakti Groups was also organised at the premises of Town Hall.