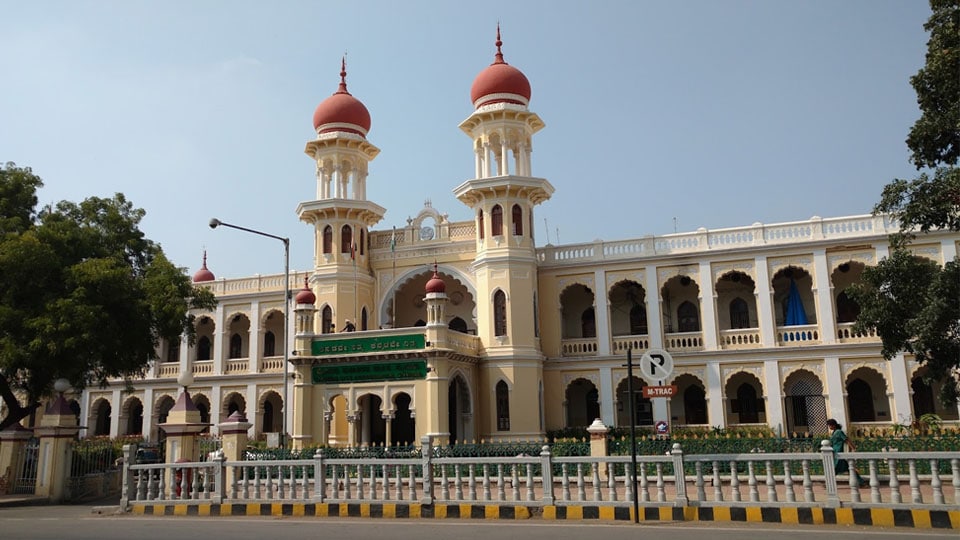 Mysore: A new scheme of Mysuru City Corporation ‘Yogalakshmi’ is likely to be implemented from June 1.

A meeting of Mayor Pushpalatha Jagannath, Deputy Mayor Shafi Ahmed, MCC Commissioner Shilpa Nag and other officials was held at MCC premises here on Wednesday to discuss points highlighted in the 2019-20 budget.

Discussion was also held on the implementation of the ‘Yogalakshmi’ scheme brought out by MCC for economic empowerment of women and education of girls.

The scheme is applicable to women in MCC limits and who deliver a female child at Government Hospital.

Apart from this discussion was held on widening of Irwin Road which has been held up now. It was decided to take steps to evict portions of 25 pending buildings and also hold talks with the owner of a private hospital and Religious Head of a place of worship.

It was decided to take up work on the multi-level parking system at a cost of Rs. 10 crore behind Devaraja Urs Road.

In the wake of residents objecting to installation of gym equipment in parks with hi-tension power lines above the parks, other parks would be developed with the fund, The Mayor asked the officials to establish a Model Park in each ward. She also asked the officers to take possession of the sweeping machine provided by the Reserve Bank.

Shilpa Nag said that a complaint has been lodged with the Police regarding a seized vehicle going missing from MCC premises. Notices have also been sent to persons concerned, she added.