Home » News » MCC pulls up its socks ahead of Vice-President’s visit; cleans roads 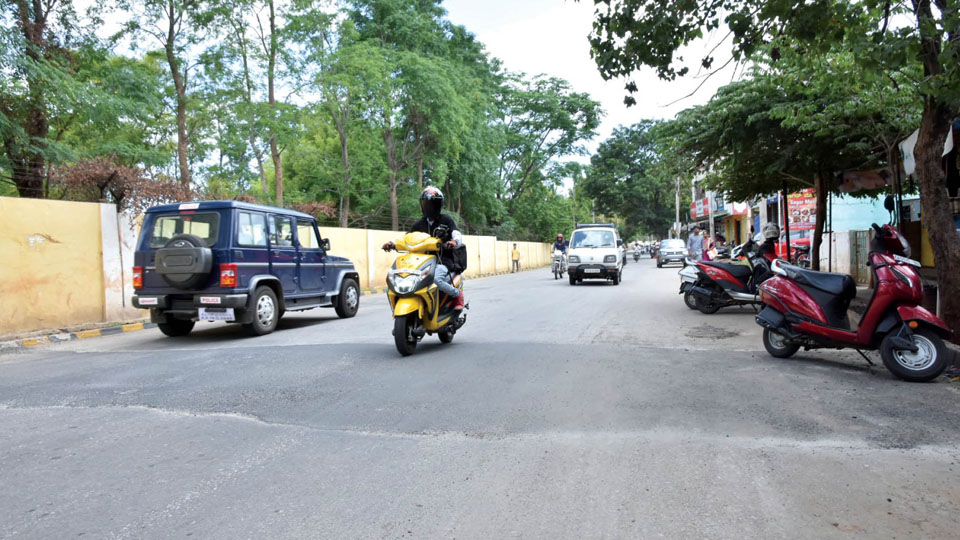 MCC pulls up its socks ahead of Vice-President’s visit; cleans roads

Mysuru:  With Vice-President M. Venkaiah Naidu scheduled to arrive in city this evening on an official visit, the MCC has taken up a cleaning works on the road leading from Mysore Airport at Mandakalli to the Government Guest House in Nazarbad, where the Vice-President will stay tonight.

The MCC workers were seen cleaning, removing humps and filling potholes on all roads forming part of the Vice-President’s travel schedules in city this evening and tomorrow. Also, streetlights along the routes are being repaired and trees are being pruned, in keeping with the protocol.

The Vice-President, after an overnight stay in city will take part in the CIIL and RIE events tomorrow morning. With Venkaiah Naidu visiting the city for the first time after becoming the Vice-President, the MCC is taking up cleaning works as per the VVIP protocol, according to sources in the civic body.

Meanwhile, the City Police have made elaborate security arrangements in city for the Vice-President’s visit.

A large number of Police personnel has been deployed along the entire route of the Vice-President’s travel from Mandakalli to Government Guest House in Nazarbad.

The Police also conducted a security rehearsal this morning, according to sources.